Posted on Wednesday 4 May 2022 by Gareth Prior

We’ve often mentioned tram rosettes on these pages, with many actually still clinging on to buildings across the UK (and then getting to feature in “Still Standing!”). During the heyday of first generation trams one city which relied heavily on rosettes was Aberdeen as with the granite construct of many buildings they supported the overhead better and recently a set of rosettes which have been rediscovered have been treated to some TLC ahead of going on display at the Bus Collection in Alford next to the Grampian Transport Museum.

The rosettes which have enjoyed this recent attention were originally located at King Street Depot (with an internal crossover also surviving post system closure in 1958) but when this was demolished in 2008/9 to make way for the First Group World Headquarters many historical artefacts were put into storage for the future – including some of the rosettes. In 2022 10 rosettes – all type 3s – were still at the First Heritage Centre next to the Grampian Transport Museum in Alford and the decision was taken to give them some TLC to allow them to be put on display once more.

This work has taken place over the first few months of the year with them being cleaned up and repainted. Eight are due to go on display at the Bus Collection, Alfrord shortly with the other two having been restored for a director of First Group. They won’t be the only tram related exhibits at the museum as it is also home to horse car 1 and electric tram no. 15. 15 returned to Aberdeenshire in January 2019 from Dundee where it had been since it was rescued from being a house in 2013. At the time it was hoped that a full restoration would start imminently although this has yet to start in earnest. 15 had been rescued as where it was located was due to be redeveloped. It had been thought a standalone house would be built there but fast forward to 2022 and it has actually been replaced by access to a new housing development. 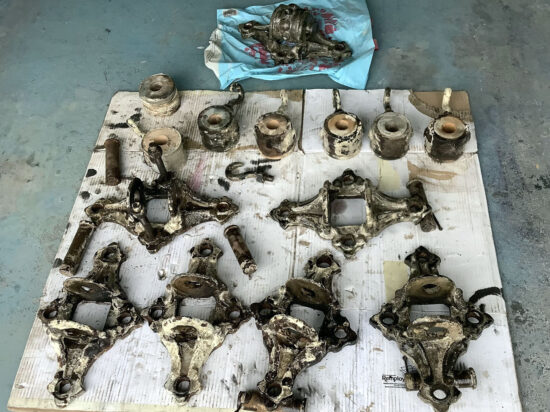 The rosettes under restoration. 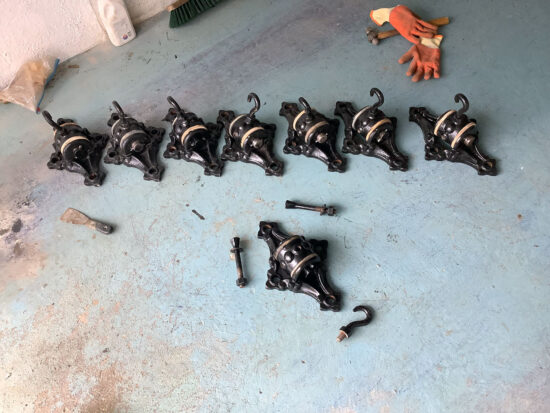 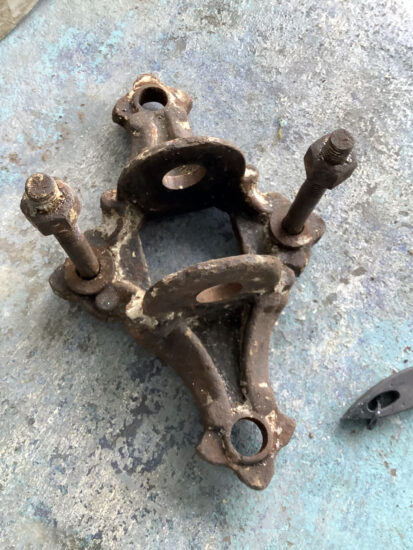 One of the type 3 rosettes before restoration began with the wall fixing pins still rusted into place! (All Photographs by William Brown)