Posted on Monday 20 December 2021 by Gareth Prior

North Shields is the latest town/city in the UK to have uncovered a piece of its tramway past recently with some tracks not used for at least 90 years having been found during some redevelopment work in the town.

The Tynemouth & District Electric Tramways ran on 3 foot 6 inch gauge line opening in March 1901 and closing in August 1931. There was only just over 4 miles of line with a fleet of 24 trams (including one single decker) being owned at one time or another. With little investment made to the tramway during its later years it succumbed to the bus in 1931 and as can be seen now a lot of the track was just buried under the road surface until discovered 90 years later!

The track was discovered in Howard Street which is currently being excavated as part of the Northumberland Square redevelopment project. 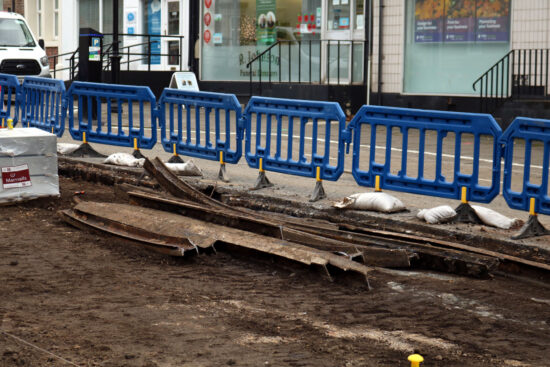 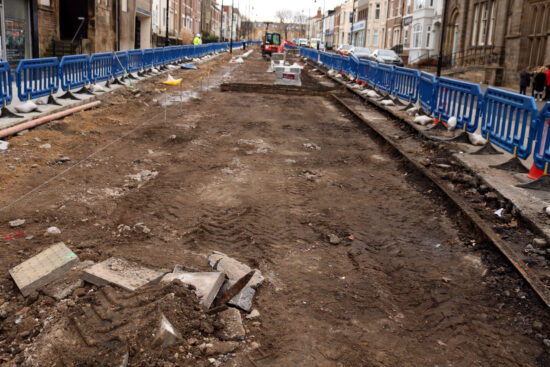 Much of the rediscovered track has now been removed but as we see in these two photos there still remained some sections to be taken away for the last time. (Both Photographs by Trevor Hall, 15th December 2021)