Posted on Thursday 16 December 2021 by Gareth Prior

Its been another couple of days of interest in Blackpool with the single-line working between North Pier and Cabin finally matching the description on the Blackpool Transport website (at least for a day anyway!) whilst a couple more feeder wires have been installed in Talbot Square and up at Wilko’s.

This article starts off on Wednesday 15th December when further trackworks got underway at North Pier – this time on the northbound line. This meant that the tram service operating actually finally matched what had been put on the Blackpool Transport website as trams both north and south were running from North Pier to Cabin and back on the southbound line. The work was taking place between 0800 and 1600 which were the hours of this single-line working. It had been expected this would continue on Thursday 16th December as well but observations showed a normal tram service running so whether these works are now over or not remains to be seen. 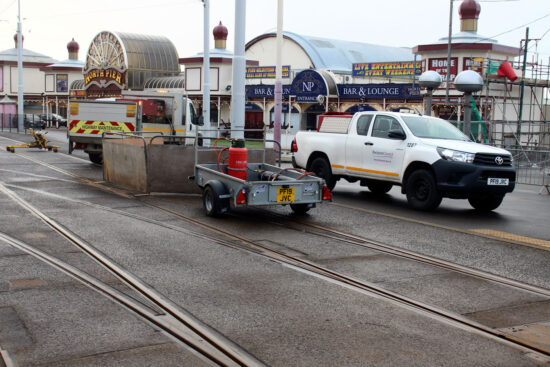 Vehicles and barriers are at North Pier but there was little evidence of work taking place when this photograph was taken. 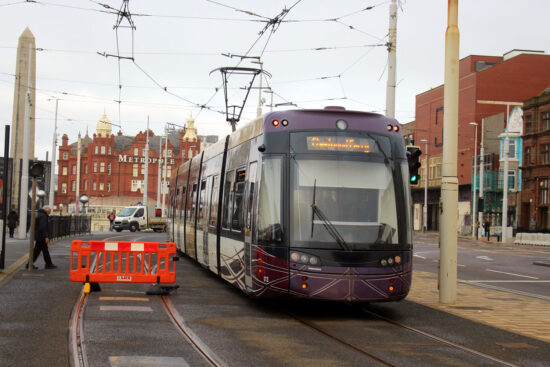 013 is already on the southbound track as it runs north to Fleetwood Ferry at North Pier. 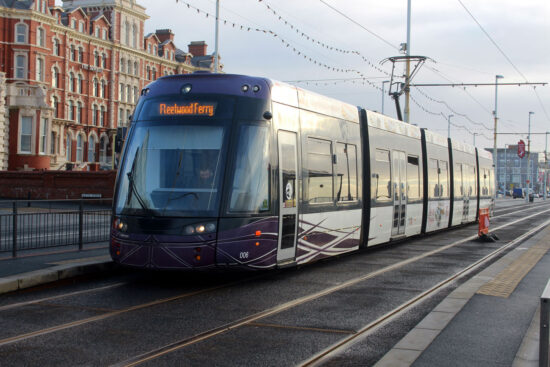 006 with a Fleetwood Ferry services runs through the southbound platform at Wilton Parade. (All Photographs by Tony Armitage, 15th December 2021) 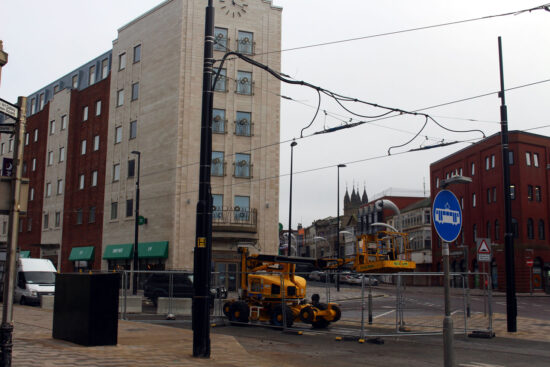 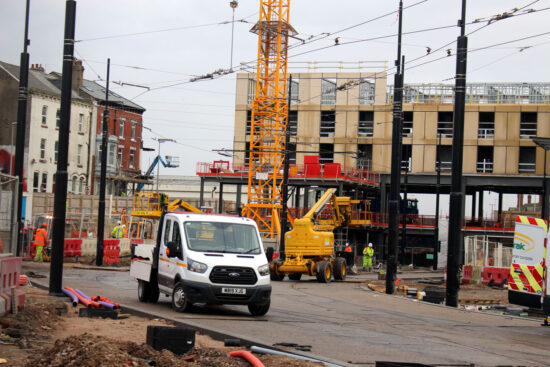 The installation of the feeder cable on the curve at Wilko’s has also been completed. 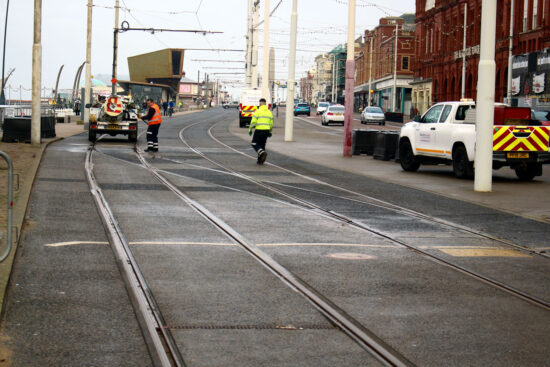 Also out on the Prom line where there has been some points cleaning taking place. This is the crossover at Tower. (Photographs x3 by Tony Armitage, 16th December 2021)