In Pictures: Frog leaps in at Talbot Square as more wiring takes place at Wilko’s

As we’ve been bringing you regular updates from the construction work  in Blackpool along Talbot Road to Blackpool North Railway Station over the past few months we have mentioned on several occasions that there was still a frog to be installed at Talbot Square – but now we don’t need to keep saying that as it is now in place! Elsewhere on the project there has been more wiring up at Wilko’s with 3rd December seeing the crossover wires being installed.

It was way back in May that the first work on the installation of overhead started on this short extension of the tramway and now some near seven months later and it finally seems we are on the final furlong and with a fair wind we should see all the wiring in place fairly soon. And then will it be 2022 that this much delayed extension will finally open to the public? 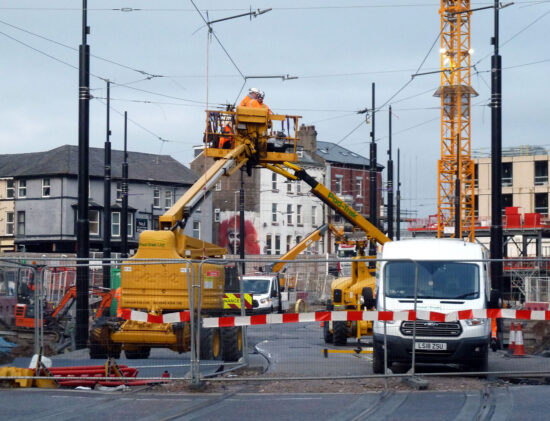 The last day of November and work was underway on further overhead work in the Wilko’s site. Two cherry pickers were being used for the work. (Photograph by Peter Dockerty, 30th November 2021) 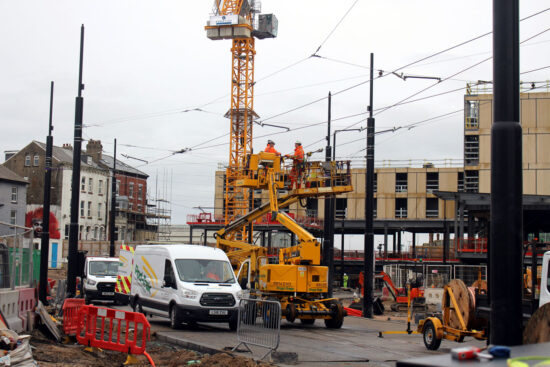 A few days later on 3rd December and the cherry pickers are still being used as the overhead over the scissors crossover is worked on. 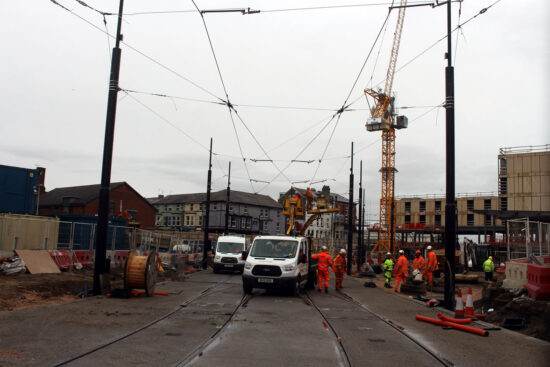 Another view of the overhead work at Wilko’s. 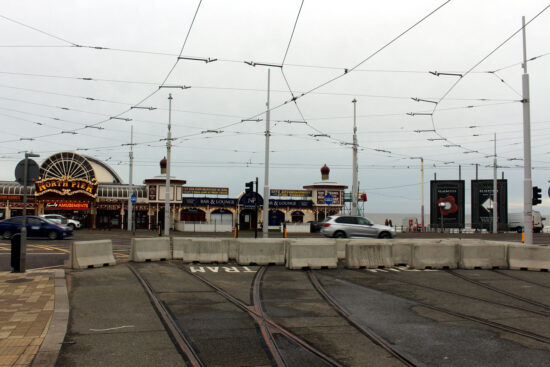 Talbot Square with the missing frog having now been installed. The concrete blocks remain in place. 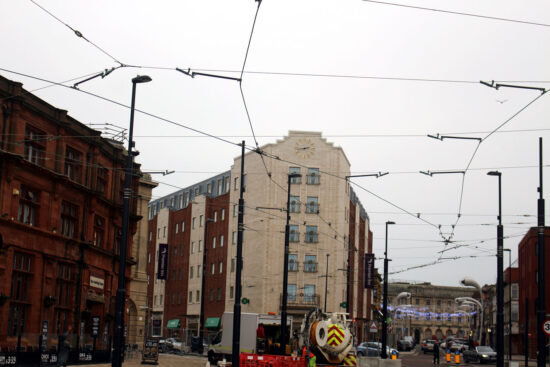 A reverse view looking away from the Prom at the now fully completed wiring in Talbot Square. (Photographs x4 by Tony Armitage, 3rd December 2021)