This week our Blackpool edition of “Picture in Time” is heading back to August 2007 where we take a look at one of the brighter all over adverts seen on the Blackpool Tramway during this period.

It took until 2000 for Jubilee 762 to receive it first all over advert (a design for Wilkinson’s) but since then it hasn’t really looked back with a further four designs following – the last of which still remains in situ after its preservation at the Crich Tramway Village. In these photos we see 762 in its second – and brighter – advert for Unison which was carried between 2005 and 2009 before it was replaced by a design for ReBlackpool.

In these photos from above (probably taken from the North Euston Hotel) we see 762 as it turns from North Albert Street into Bold Street at the end of its journey from Blackpool. 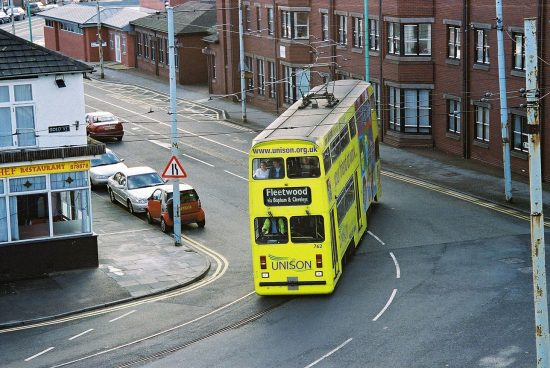 This second photo in particular shows a stunning view across this area of Fleetwood, including the Bowling Green, Pharos Lighthouse and the buildings along Fleetwood Promenade. 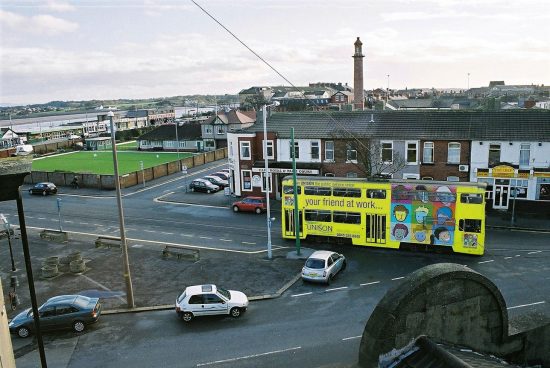