In Pictures: Pantograph fitted to cherry picker in Talbot Square

Posted on Friday 26 November 2021 by Gareth Prior

The Blackpool Tramway extension along Talbot Road to Blackpool North Railway Station is now at a stage where although there is work continuing to take place its not obviously apparent as a lot of it is checking of overhead alignments and the like. To aid this work one of Pod-Trak cherry pickers has now been fitted with a pantograph.

As we saw last week the overhead was strung along the length of Talbot Road and up to Wilko’s with that in Talbot Square itself having been completed back in July/August. The next phase of the work now seems to be checking the alignment of the wires before any trams are allowed anywhere near the extension. These checks have been taking place on the curve between Talbot Square and Talbot Road with both tracks now having had this work. 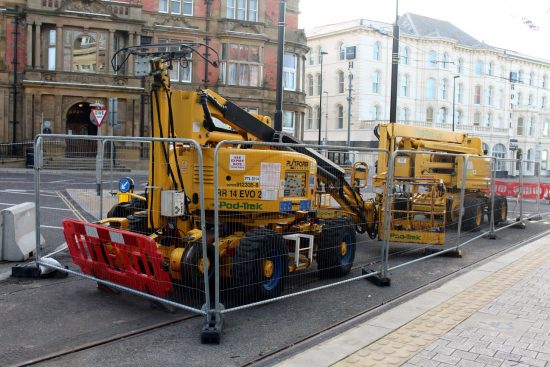 A cherry picker with a pantograph – not something you see every day! 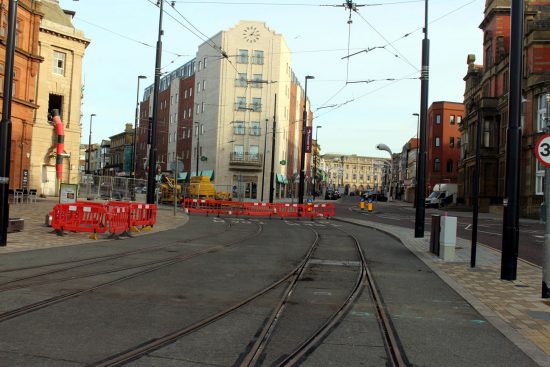 In the previous article from Blackpool we saw that the outbound track had seen obvious attention around the points and just 24 hours later it’s the other track with the dirt and grime seen here. (Photographs x2 by Tony Armitage, 25th November 2021) 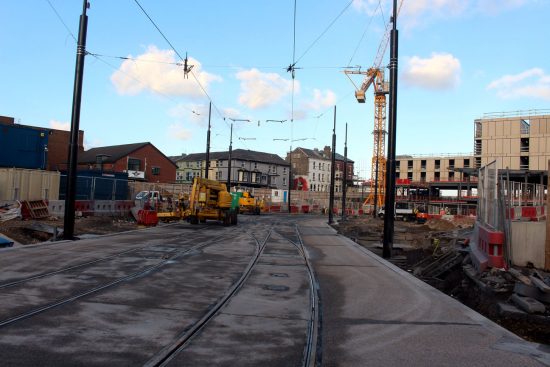 A recent shot at Wilko’s where one of the cherry pickers has been relocated. 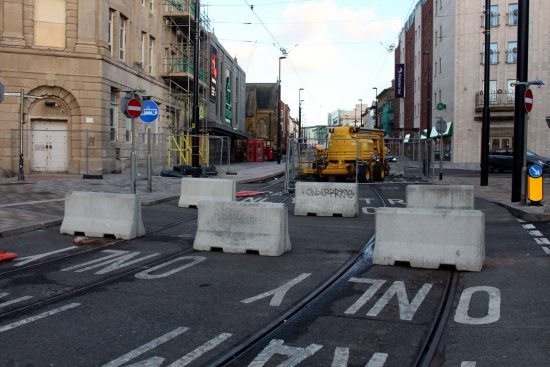 Talbot Square where the concrete blocks have been moved. (Photographs x2 by Tony Armitage, 26th November 2021)