In Pictures: Back to Talbot Square for Blackpool Tramway extension works

Posted on Wednesday 24 November 2021 by Gareth Prior

After all the excitement last week of the major overhead wire installation along the length of Talbot Road and into the old Wilko’s site, this week has been altogether quieter on the construction front although from the location of the cherry pickers it appears work has returned to the Prom end of the line in Talbot Square.

One item which we haven’t previously reported amongst all the construction work has been on the Prom itself where there have been new overhead poles planted into the ground and used to string the new overhead. These were required for the new wires which are needed on the curves onto the extension.

Although its not 100% clear what other work has been taking place in Talbot Square the cherry pickers are back in the compound in the square and there are marks on the track with attention seemingly focused on the curve from Talbot Road into Talbot Square. There has been no further progress at Wilko’s and the additional frog needed in Talbot Square still awaits installation. 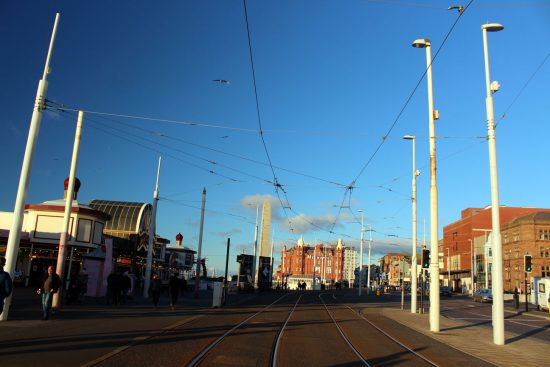 This photo shows the new poles now in position on the Prom (the poles to the immediate left and right have been newly erected and there are further poles in the distance too). Some of the old poles remain in situ as well. (Photograph by Tony Armitage, 21st November 2021) 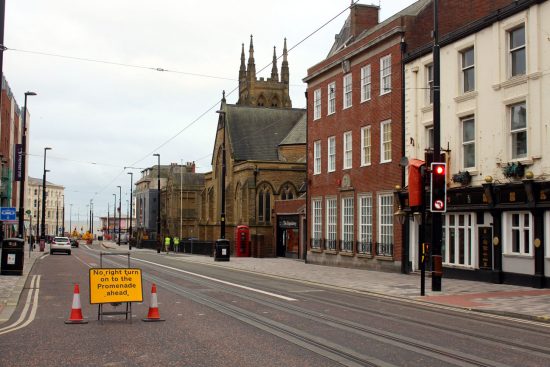 A temporary road sign is in place on Talbot Road letting motorists know they are unable to turn right onto the Prom at the Talbot Square junction. 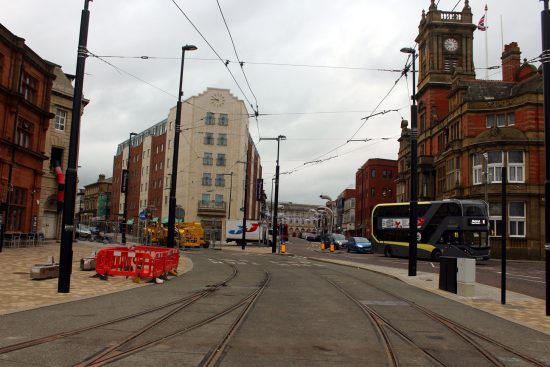 Talbot Square where we see evidence of work around the points with debris on the surface. 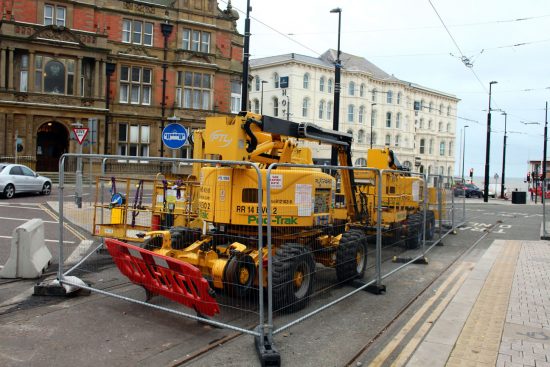 The Pod-Trak cherry pickers back in their compound adjacent to the tram stop platform. 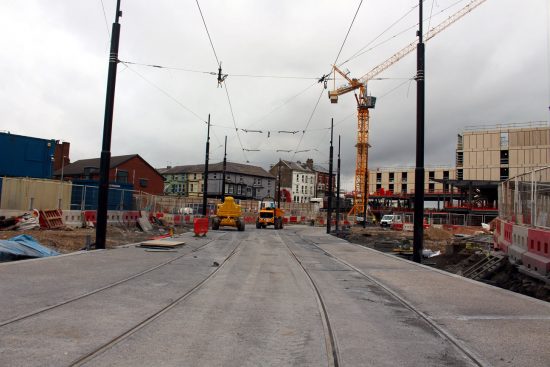 Back up at Wilko’s with overhead wire above and concrete around the tracks. (Photographs x4 by Tony Armitage, 24th November 2021)