Posted on Monday 8 November 2021 by Gareth Prior

The end of October was a busy time for new adverts in Edinburgh as following quickly behind 269’s “Scotland. Let’s do net zero” design have been two further adverts. This time it’s the turn of 257 and 273 which have received adverts for Ocean Winds and Heverlee Lager respectively.

257’s advert for Ocean Winds is a fairly simple and plain design with a yellow background and limited writing and a few images of offshore wind farms. The company is an energy company with a particular interest in renewal wind power from offshore wind farms. This advert replaces an ad for the Ray Harryhausen Exhibition at the National Galleries Scotland which had added in November 2020 (the exhibition has been extended into 2022 but its advert has not!). 257 has now had three different adverts.

For 273 the advertiser is Heverlee Lager and is a far busier advert featuring a white and blue background and pictures of glasses of the lager. 273 had previously been without adverts since it lost Johnnie Walker designs which had originally been applied in February 2018. The advert for Heverlee Lager is only the second design carried by 273 since it entered service. 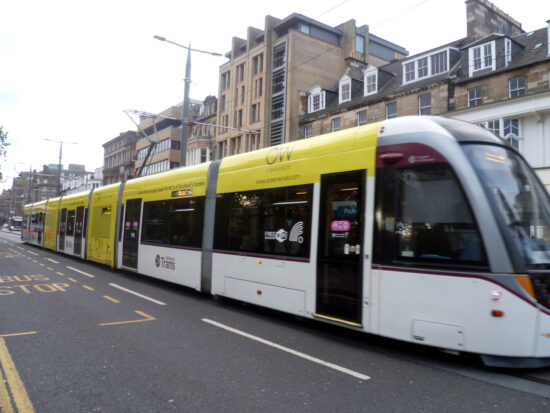 257 is its Ocean Winds advert travels westbound along Princes Street with a service to the Airport. 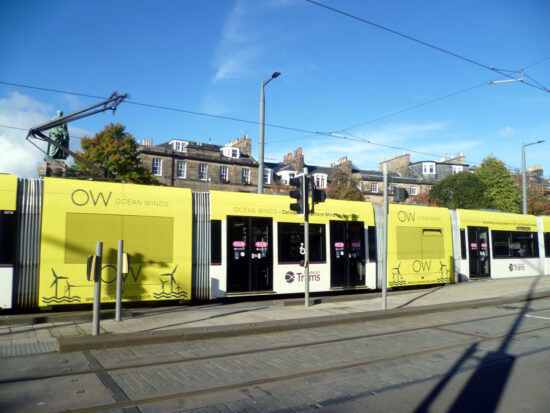 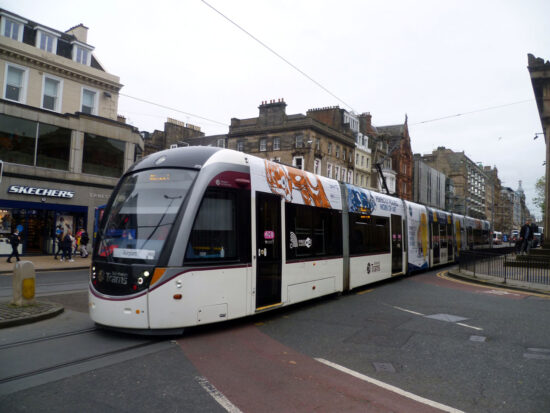 273 on Princes Street at The Mound junction with a service to Airport. The trams are also currently carrying poppies in the cab windows. 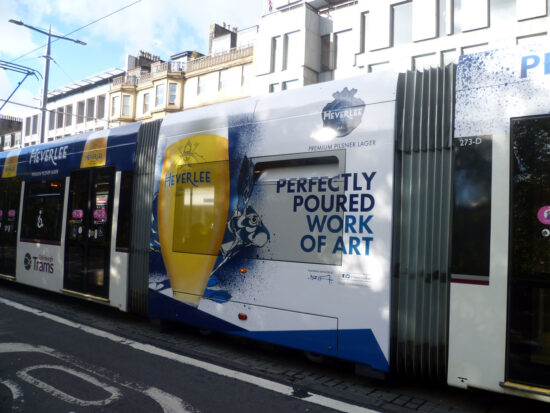 A look at one of the full height sections on 273. (All Photographs by Roy Calderwood)

1 Response to In Pictures: More new adverts in Edinburgh