Posted on Monday 1 November 2021 by Gareth Prior

Just when you thought there was excellent progress and trams would be returning through Birmingham City Centre very soon and then another problem comes up! This time its nothing to do with track relaying or issues for West Midlands Metro though, as a set of traffic lights was knocked down at Colmore Circus meaning no trams could run any further into Birmingham than St Chads on Sunday 31st October.

It had been planned that driver refamiliarisation through Birmingham City Centre would have been getting underway on Sunday 31st October with a view to resuming services to Library in the coming days but this has now been delayed whilst work to repair the traffic lights takes place. We previously saw the test runs on Thursday 28th October on the relaid track and while these found very few issues there was a slight problem with the overhead as trams run from Corporation Street into Grand Central but this was soon fixed and a further test on Friday 29th led to the line being fully cleared for use, thus the planned start of driver training.

Once driver training/ refamiliarisation gets underway it shouldn’t be too long before services resume along the complete length of the tramway from Wolverhampton St George’s to Library – as soon as we hear more we’ll report it! 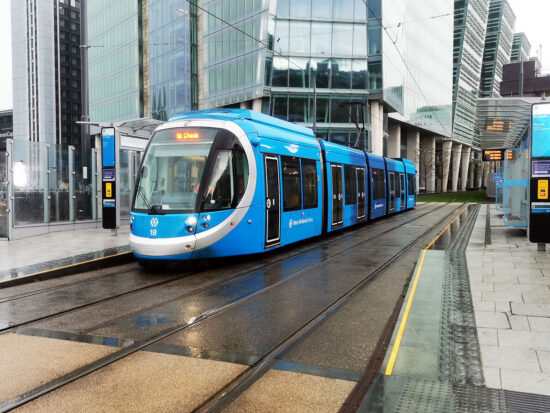 18 stands at St Chads having terminated with a service from Wolverhampton with trams unable to reach Bull Street because of the traffic light issue. 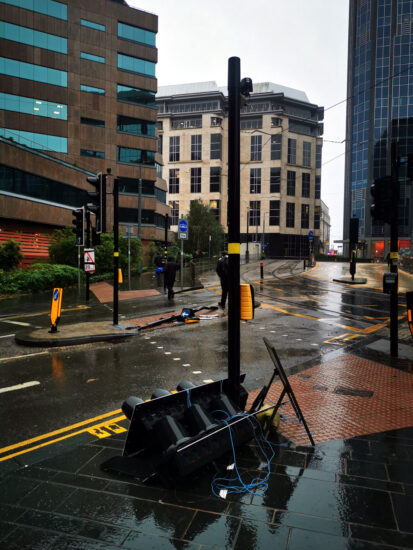 West Midlands Metro tweeted that there was a “traffic light failure” – they’re not kidding! The failure is actually that a vehicle has collided with the traffic lights and knocked them off affecting road and tram. 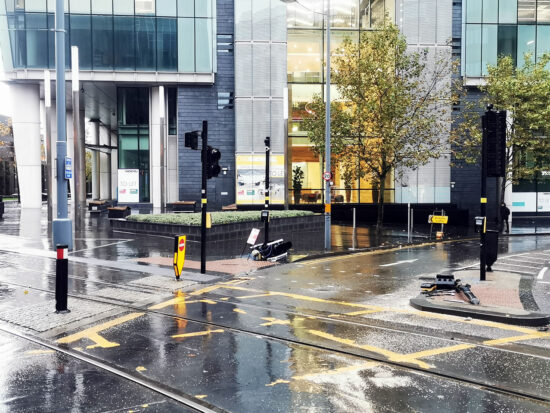 With the tramway in the foreground we see the damaged traffic lights beyond which precented trams from running to Bull Street. 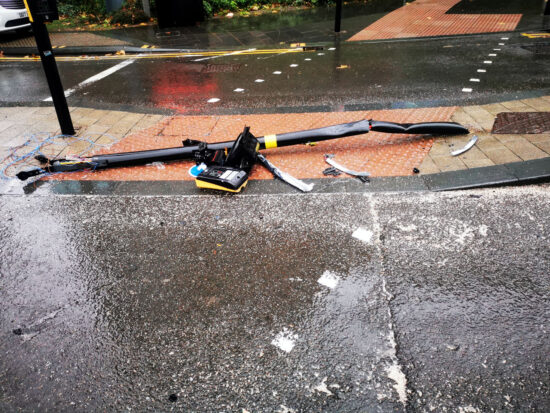 A close-up of the damaged lights at Colmore Circus. (All Photographs by Andy Walters, 31st October 2021)