In this latest instalment of “Stop by Stop” we reach the stop at Eskdale Drive as we start the final approaches to Toton Lane.

Following departure from Bramcote Lane the tramway crosses the road of the same name and there is then a short section where we can’t walk alongside the track before the tram comes back out and alongside Eskdale Drive although the tramway is still on a segregated section and doesn’t need to share right of way with other road vehicles. With Inham Nook Recreation Ground alongside the tram stop of Eskdale Drive is basically the same as the majority of those on NET! Platforms are either side of the tracks and those platforms have all the standard additions. 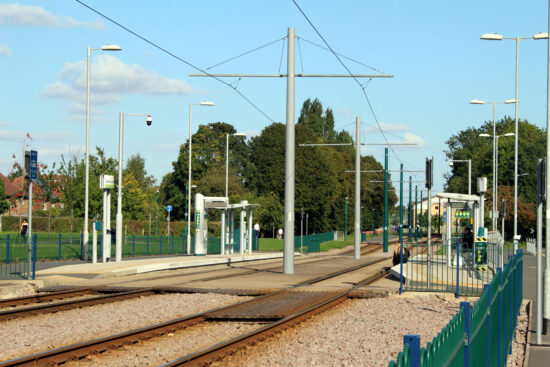 This is the Eskdale Drive stop with this image taken back down the line towards Bramcote Lane. 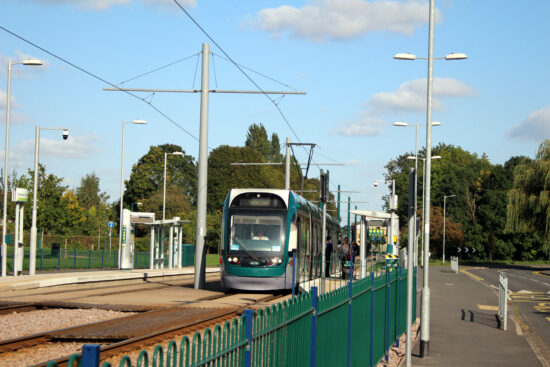 With a park on one side and a school the other the fencing alongside the tramway here is more substantial than the section further down the line between Cator Lane and Bramcote Lane as we see 206 about to depart from Eskdale Drive. 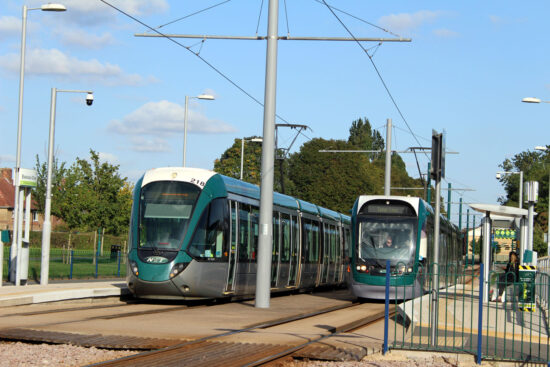