In Pictures: A day at the East Anglia Transport Museum

One heritage tramway which often seems to go under the radar is the one at the East Anglia Transport Museum so we look to remedy that in this article as we take a look at the trams during a visit by David Maxwell on Thursday 8th July.

The museum is currently open three days a week (Thursday, Saturday and Sunday) and this will soon be four times a week with Tuesday opening from 20th July. It will remain in this opening pattern until the end of August. For full details of opening times visit their website at https://www.eatransportmuseum.co.uk/times-prices.

On all opening days you can enjoy rides on the tramway, trolleybus route and railway and currently all the standard COVID restrictions remain in place. On the tramway Blackpool 159 is the operational tram with the remainder of the fleet – including Blackpool 11, Sheffield 513 and London Transport 1858 – to be found in the depot.

The depot is also the home of Lowestoft 14 which has been undergoing restoration for many years. This has moved on in more recent times with the tram having enjoyed a repaint and now looks stunning in its Lowestoft livery of Maroon and Yellow.

With expansion plans still being progressed following the acquisition of additional land a few years ago, the museum is constantly evolving. You are sure of a warm welcome if you are in the area so why not pay a visit to the East Anglia Transport Museum if you can? 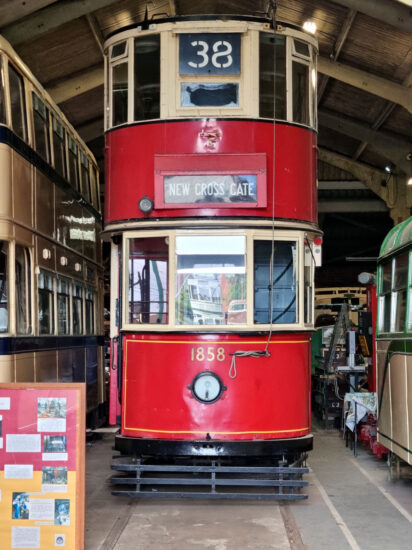 Inside the depot first and we take a look at London Transport 1858 at rest. 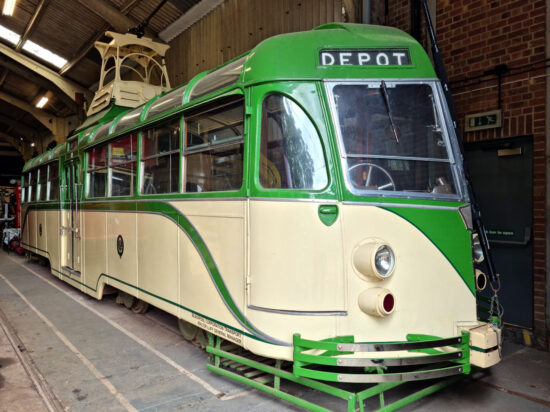 Also in the depot was Blackpool Marton VAMBAC 11 which we see in this photo. 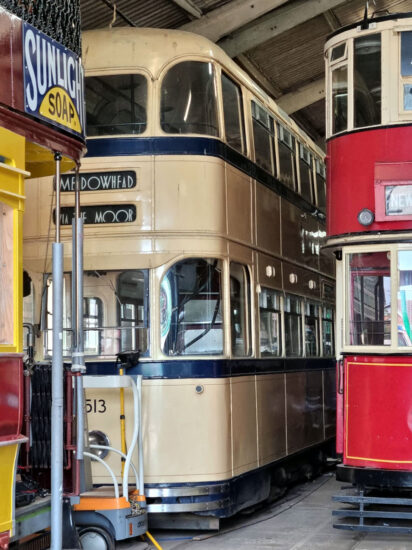 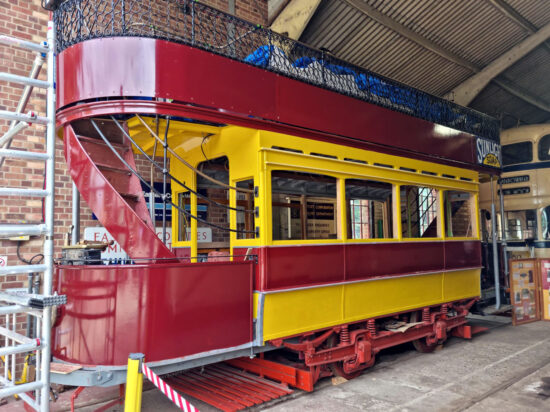 The fourth tram spotted in the depot was Lowestoft 14. As seen in this photo it has recently enjoyed some attention to its paintwork and makes you anticipate a time that it joins the operational fleet. 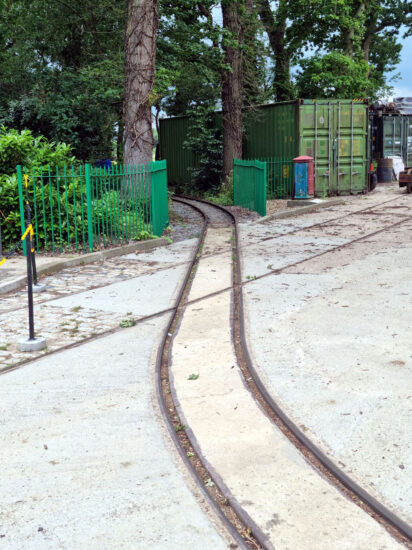 The East Suffolk Light Railway has been the first of the transport routes to enjoy an extension as part of the plans for the future and it now crosses the standard gauge tramway tracks as seen here. The tramway tracks head to the right towards the new land acquired but trams don’t yet run this far. 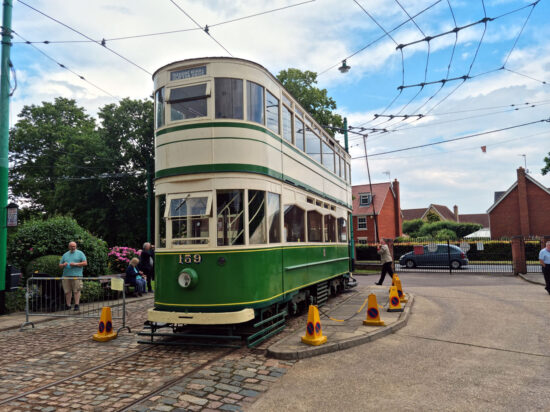 The trolley is turned on Blackpool 159 at the Chapel Road terminus. 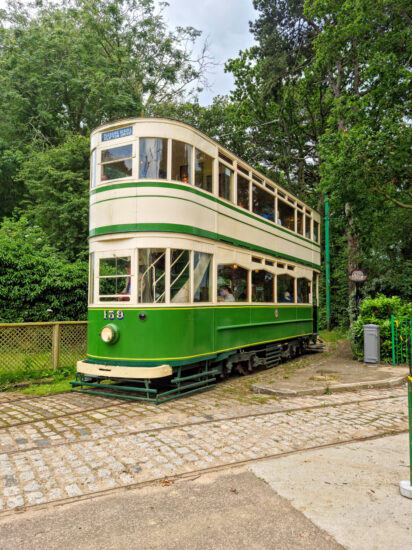 Another view of 159. This time it is just coming out of the woods as it returns to the main site of the museum. (All Photographs by David Maxwell, 8th July 2021)