Whatever Happened To? Crich Tramathon 2005 – Glasgow 22

For the next couple of editions “Whatever Happened To?” will be featuring Glasgow trams which ran in passenger service during the Tramathon held at Crich on 12th June 2005. This edition will be Glasgow 22.

Glasgow 22 is another of the true workhorses of the Crich operational fleet having operated most years since 1964 when it was one of the very first electrical trams to run in service. The tram was built in 1922 and would remain in service in Glasgow all the way until 1960 when it became a depot shunter. It was restored in Glasgow before arriving in Derbyshire in 1964. By 2005 it had made a return trip to Glasgow for the 1988 Garden Festival but for the most part had been running in the Derbyshire countryside.

Getting up-to-date with the tram now and it remains operational although did spend a period out of use in 2015 receiving an overhaul in the workshops. It was also one of the few trams which operated during 2020 – both before the first lockdown and also once the museum reopened – and has also been commissioned for use already in 2021. 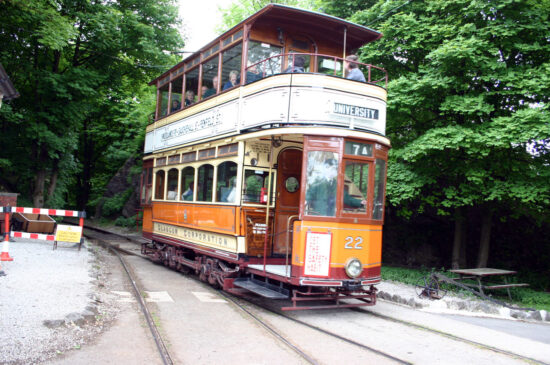 Glasgow 22 at Wakebridge on 12th June 2005 heading up the line to Glory Mine. 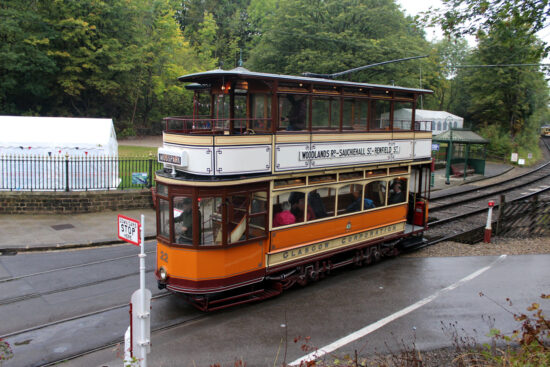 The more recent photo of 22 shows the tram just arriving at the Victoria Park/Entrance stop on 22nd September 2019 returning to the main museum street. (Both Photographs by Gareth Prior)