Onwards we go with our look at the tramstops of Nottingham Express Transit’s Toton Lane line – this time out it’s the stop at University of Nottingham.

In the last edition we were at Queens Medical Centre and we depart from that stop along the Ningbo Friendship Bridge and then drop down back to street level as we pass various buildings linked to the University of Nottingham. Curving round the Lakeside Arts centre we then approach the University of Nottingham stop located alongside Highfields Park boating lake. Its another standard stop – opened on 25th August 2015 – with platforms either side of the tracks and items such as shelters, seats, ticket machines, bins, lighting and information found on each side. 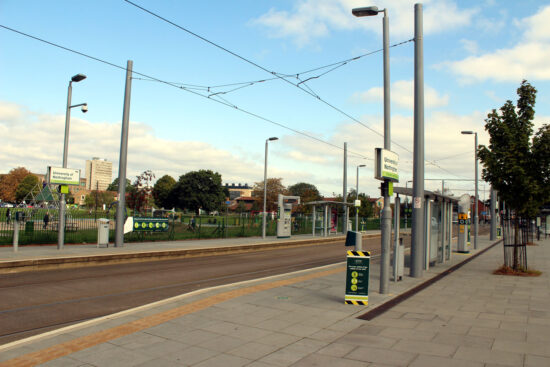 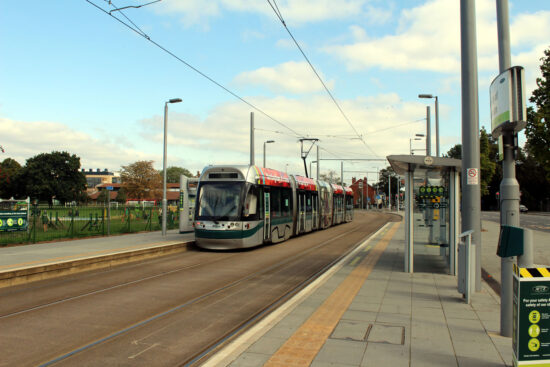 Another view of the stop with 215 providing the tram interest as it departs for Hucknall. The curve in the track as it departs is visible in the distance. 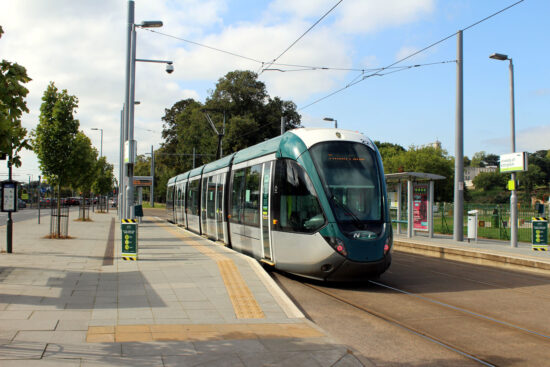 In this photo we see 221 as it just arrives at University of Nottingham bound for Toton Lane. The busy University Boulevard – which we will soon cross – can be seen on the left. (All Photographs by Gareth Prior, 20th September 2020)