Posted on Thursday 29 April 2021 by Gareth Prior

In this latest edition of “Stop by Stop” we are in Nottingham as we continue a trip on the Toton Lane line. This time we take a look at Gregory Street.

Soon after departure from NG2 our walk alongside the tramway comes to an end as we reach a tram only bridge which takes the line over the railway lines into Nottingham. This then drops down into Lenton Lane and its at this end of the bridge that there are frequent “vehicle incursions” despite significant signage warning not to follow the trams! We carry along Lenton Lane crossing Nottingham Canal and then arriving in Gregory Street and the next stop. The first island platform on this line space here is fairly tight but the stop still has all the usual including shelters, ticket machines and passenger information displays. The stop welcomed its first passengers on 25th August 2015. 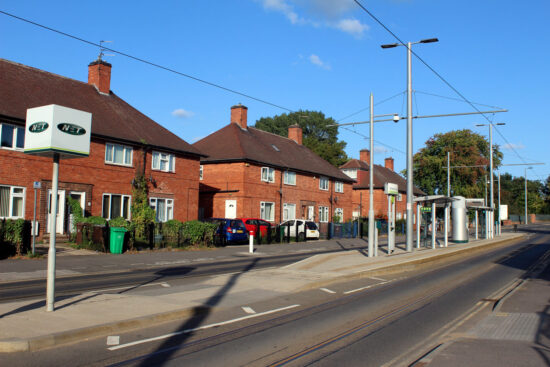 The stop and its island platform is seen here with housing beyond. 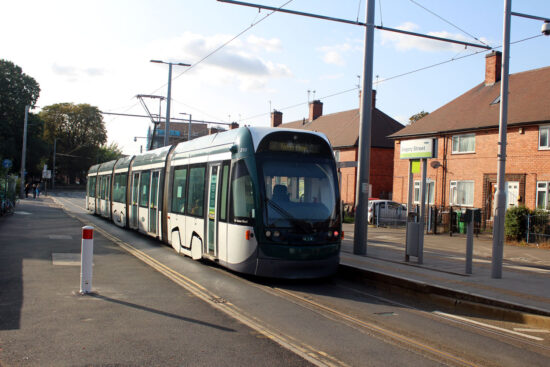 Looking in the opposite direction away from the city centre and we see 210 just departing from the stop for Toton Lane. 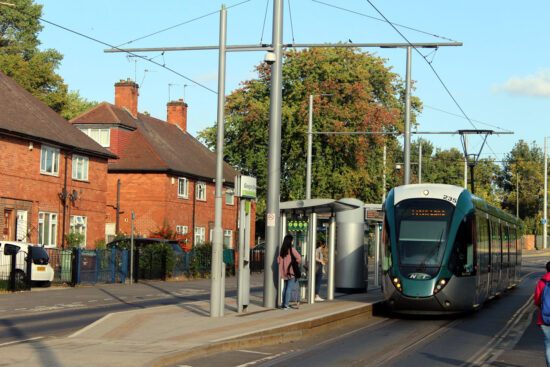 In this view we see 235 just pulling in on its way to Toton Lane with a couple of masked passengers waiting to board. (All Photographs by Gareth Prior, 19th September 2020)