Posted on Tuesday 6 April 2021 by Gareth Prior

“Picture in Time” is again heading to the Tyne and Wear Metro network today as we take a look at one of the fairly elusive battery locomotives.

The actual passenger trains used on the Tyne and Wear Metro are frequently seen for obvious reasons but more elusive are the battery locomotives used for engineering trains – and Rail Head Treatment Trains. With many regular travellers not knowing of their existence the only nailed on opportunity to see them has been at Depot Open Days, such as the 30th anniversary event on 8th August 2010.

That is when we see Hunslet built BL1 inside the main shed. With its engineering use it looks as if it could do with some TLC in this image but it does show how hard working these vehicles have been, even if a lot of their work goes unnoticed. 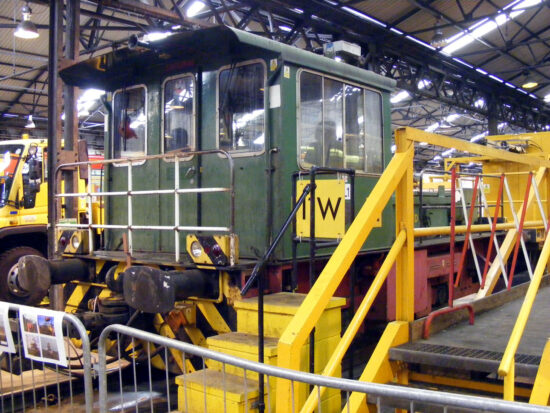 This entry was posted in Picture in Time, Tyne and Wear Metro. Bookmark the permalink.