Posted on Monday 5 April 2021 by Gareth Prior

Its time for the return of our then and now series “Whatever Happened To?” as we take a random event or class of trams and see any changes which have happened over the years. Our latest subject is the trams and works vehicles which ran at the Crich Tramway Village Tramathon in 2005 – but why have we chose this as a subject? It is a fairly random choice but this event saw a significant number of trams in service (in total 29 different vehicles either operated in service or ran on the mainline) and a fair number have since seen their operating status change. On a purely practical level we had a number of photos earmarked for the “15 Years Apart” series which weren’t needed in the end after 2020 went in a different direction to how we expected. So, sit back over the next 28 instalments as we see those trams which ran during the event both then and also as they are more recently. We start off with Berlin 3006.

1969 built Berlin 3006 was and is the Access tram at Crich, being modified with a wheelchair lift to allow those with limited mobility to still enjoy a tram ride at the museum. Entering service at Easter 1997 after its conversion the tram soon settled into its very extensive use and by Tramathon 2005 – which took place on 12th June – it was a well established member of the Crich fleet.

Since June 2005 3006 has continued to be used regularly although in this time there are a couple of notable changes – the most obvious of which is the relivery from the orange and white colour scheme to a cream and black style which was carried when the tram first entered service in Germany. At the same time it received its original number of 223 006-4. It also spent a month at Manchester Metrolink’s Queens Road Depot from November 2016 for some works attention. When restrictions allow 223 006-4 remains a integral member of the operational fleet. 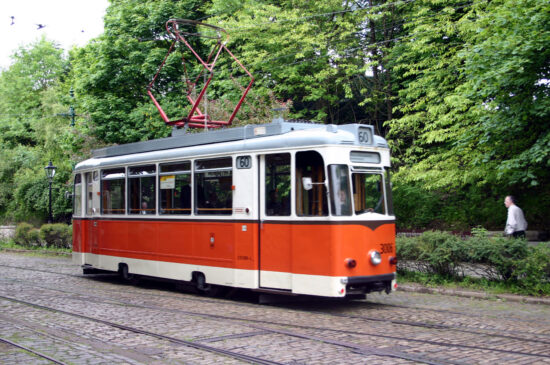 The bright orange and white livery originally applied to Berlin 3006 at the museum is seen on the tram here as it passes the depot entrance on its way back down to Town End on 12th June 2005. 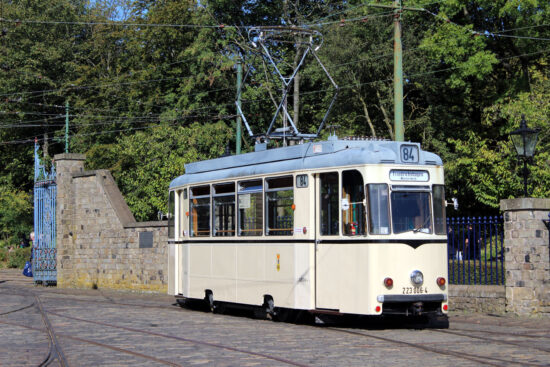 21st September 2019 and 223 006-4 (as its now numbered) is seen in what may be considered a more stylish cream and black livery. This view sees the tram in the depot yard on what was the first day of a two day event to celebrate the 60th anniversary of the founding of the museum site. (Both Photographs by Gareth Prior)