Around the World in Trams: Freiburg 288

Posted on Saturday 27 March 2021 by Gareth Prior

“Around the World in Trams” now moves into Germany as for the next few weeks we take a look at some of the trams which operate in the city of Freiburg.

Freiburg is a city in the state of Baden-Wurttenberg in the southwest of Germany’s Black Forest and first introduced trams in 1901. Whereas many locations start off with horse or steam trams, Freiburg went straight in from the start with electric trams and they are now operated by Freiburg Verkehert (VAG). Today the system consists of five lines with a total tram fleet of 70.

The fleet in Freiburg consists of several different types and in the below photo we feature a Siemens Combino Advanced, which as the name suggests were a development of the troubled Siemens Basic tram design. This is 288 which entered service in March 2006 and remains operational today. It is seen here in an overall advertising livery on 12th May 2012. 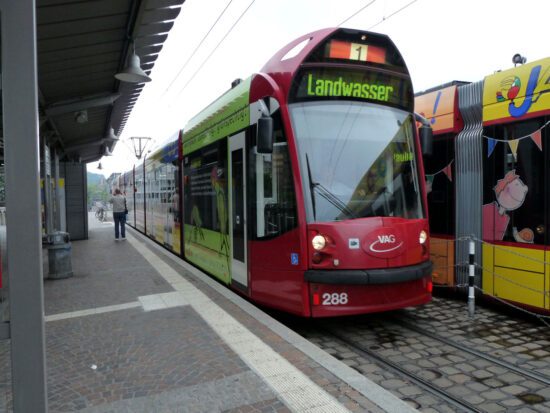