Posted on Friday 22 January 2021 by Gareth Prior

We recently featured a story on the UK trams which are housed at the Seashore Trolley Museum in Kennebunkport, Maine with an article having been run in their member’s magazine in early 2020 giving more details on their acquisition back in the 1960s. Our article has jogged some memories of the trams in the US and in this follow-up we feature some images of Liverpool 293 from Norman Daley.

Liverpool 293 has been in the United States of America far longer than it was ever in service in Liverpool having been transported aboard the S.S. American Packer in 1958 and being officially presented to the museum by then British Consul General Robert H.K. Marrett at Kennebunkport’s Memorial Day Parade. The tram itself was one of 100 Baby Grands built in 1939 and ended up being the last tram to run on Liverpool Corporation Tramways on 14th September 1957 as part of the final procession.

Following the closure of the tramway there were no takers for the tram in the UK and so it was acquired by Seashore for preservation. Although it has been in the USA for 62 years it has never run and is stored undercover in one of their car barns.

The below photos were taken in May 2003. 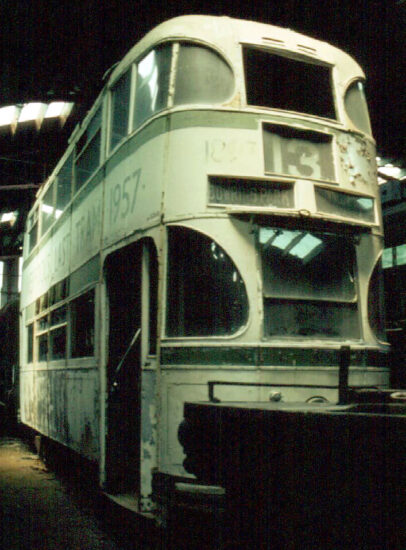 293 seen at the back of the Car Barn still clearly showing its Last Tram livery. 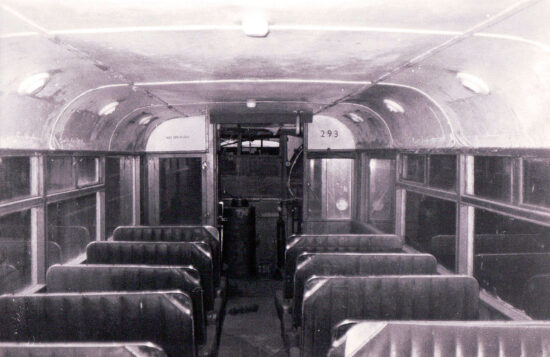 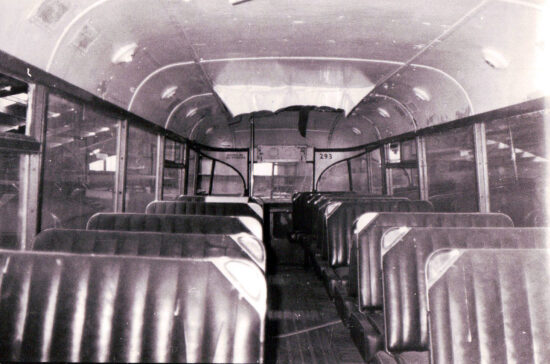 And the upper deck interior. (All Photographs by Norman Daley)

8 Responses to In Pictures: Liverpool 293 at Seashore Trolley Museum