Whatever Happened To? Midland Metro 10

Posted on Tuesday 19 January 2021 by Gareth Prior

Its time for another edition of “Whatever Happened To?” as we continue our look at the Midland Metro T69s.

Today the tram we feature is 10, a tram which arrived on Midland Metro metals on 23rd September 1998. Entering service once the line opened on 31st May 1999, 10’s subsequent history is very similar to the last entry into this series as it was involved in a collision with 09 in December 2006. After repairs it returned to service in October 2008. Whereas 09 featured the two undamaged sections, 10 now consisted of the two damaged ends of the tram and with the Network West Midlands livery in place it would remain operational until July 2015.

Following withdrawal 10 was kept at Wednesbury Depot until 24th March 2016 when it left on an Allely’s low loader for Long Marston. And 10’s history differs from many of the others from there as well as although it was not announced as being saved following the 2018 e-auction it remains stored there for reasons unknown. 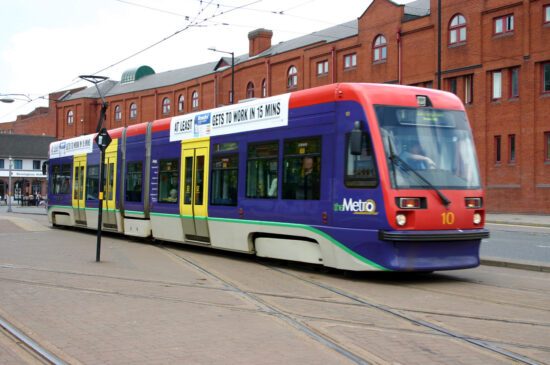 Before collision and its relivery the original 10 is seen at Wolverhampton St George’s on 10th June 2005. It has just departed from the long since removed platform at this terminus. (Photograph by Gareth Prior) 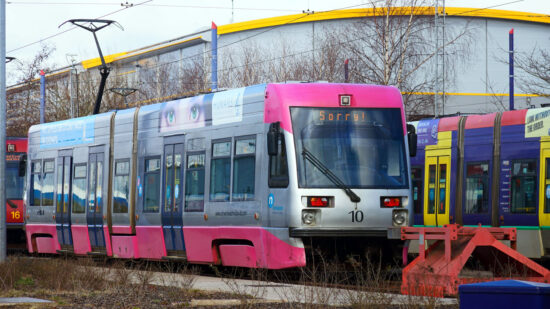 Just a few days before departure from Wednesbury and 10 is stored in the sidings seemingly apologising for its predicament. The date of this image is 16th March 2016. (Photograph by Andy Walters)