The feature of our then and now series “15 Years Apart” is a tram which has been renumbered in the intervening period – its Blackpool Boat 227 (or 602 as was).

As always we start off in 2005 and see Boat 602 approaching Cabin on 3rd September 2005 when operating on specials. A service which must have started back from Bispham as there are already passengers on board and we can tell from the destination blind that it will be running south to Pleasure Beach. The tram was in this Handybus inspired livery of Yellow and Black and it also included the familiar waves and tower Blackpool Transport logo on the cab door. 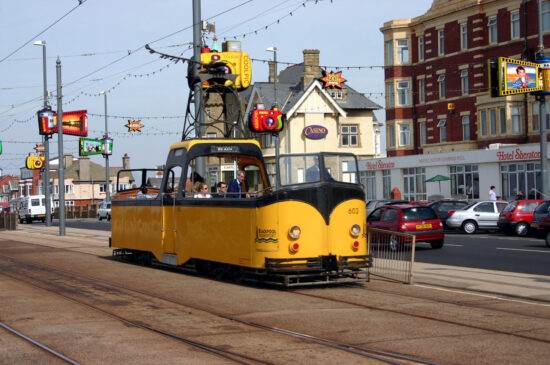 On 27th September 2020 and the tram is now running back under its original number of 227 and has also enjoyed a repaint into an equally fictious livery of Red and off white as well as receiving the name Charlie Cairoli along with images of the clown in the trolley tower. It did spend some time out of service but returned to action in 2019 and is now a regular performer on heritage services again. 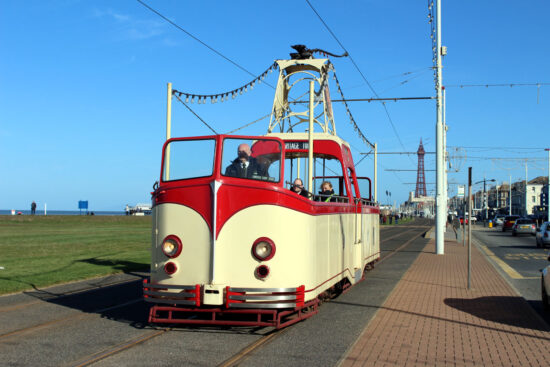