Posted on Thursday 10 December 2020 by Gareth Prior

In this edition of “15 Years Apart” we are again heading back to Blackpool where we take a look at one of the Balloon Cars in both 2005 and 2020.

Balloon 715 has become a popular tram with enthusiasts over the years and is now in the ownership of the Fylde Transport Trust, although is on loan to Blackpool Heritage Tram Tours which allows it to continue operation. In 2005 the tram was in a very plain advertising livery for Pleasure Beach’s Mystique show. At that time the Pleasure Beach were going for very plain and simple adverts with a white background and this advert was no different as can be seen in the below photo taken at Manchester Square on 10th September 2005. 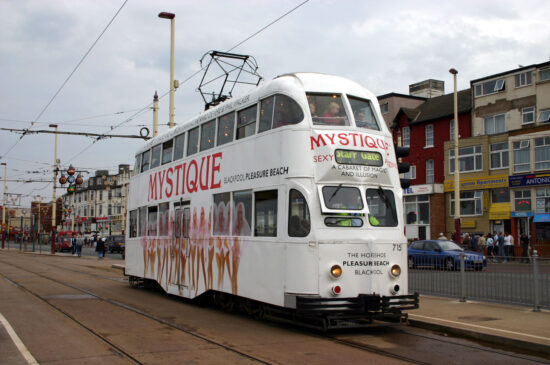 715 is now in far more traditional colours having received a small amendment to its paintwork in 2019 to return it to the 1970s stye of fleet livery. At the same time it also received period adverts with the side of the tram seen in the below photos advertising CIS Insurance. This image was captured at North Pier and Tower on 26th September 2020. 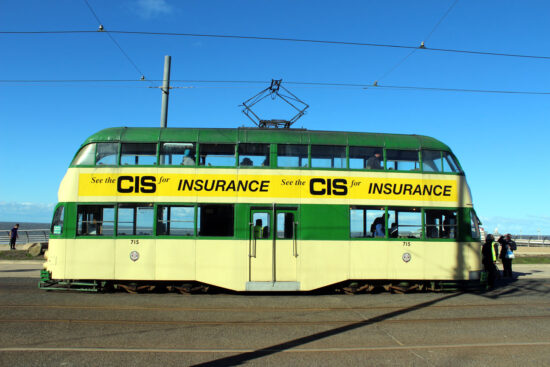