Posted on Friday 27 November 2020 by Gareth Prior

After we looked at some of the Granada Studios “trams” last week in 1985 we move forward 11 months to May 1986 where they seem to have multiplied somewhat!

In these photos we can see at least three trams and they have a northeast connection now as at least one has Newcastle upon Tyne Corporation Tramways on the side and another is heading to Wallsend. With period adverts on the trams we have one single decker (again numbered 50) plus two double deckers (one of which carried the number 20). What does seem clearer here is the rubber tyres to aid their movement.

Again, anyone with any more information on these vehicles please let us know! We’ve also been told that there was a “tram” numbered 50 at Thorpe Park Resort in the 1990s – was this one of those from Granada Studio Tours? 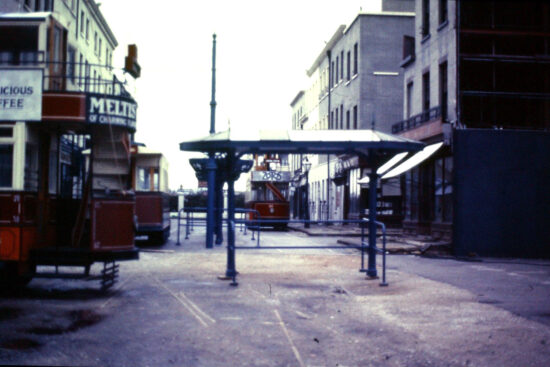 The three trams are seen in this view with the single decker 50 partially obscured and 20 seen beyond the barriers. 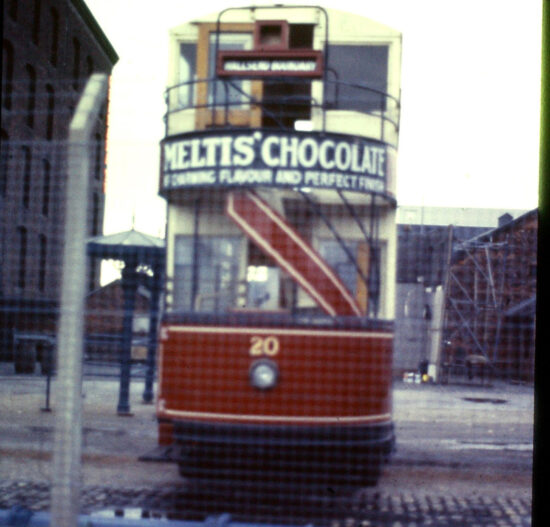 A close-up of 20 through the fence. 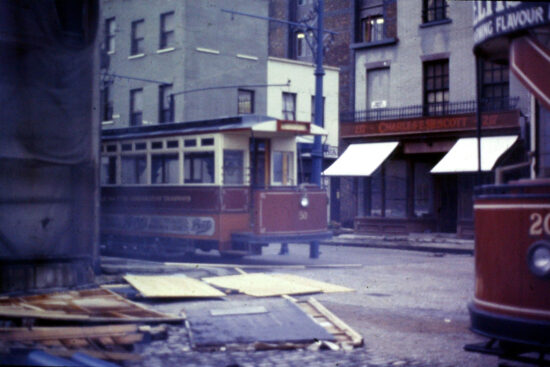 A view of the single deck. We can also see more of the set here with elaborate overhead support poles and brackets also in place. 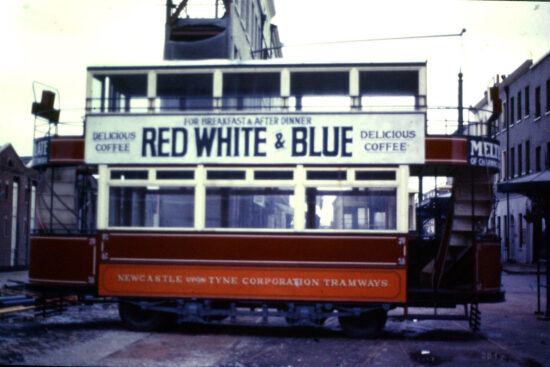 This final view shows one of the double deckers with the rubber wheels seen here to aid movement around the set. (All Photographs by Keith Chadbourne)