Around the World in Trams: Innsbruck 1

Posted on Saturday 7 November 2020 by Gareth Prior

To Innsbruck we go again as we take another look at the Stubaitalbahn.

Often in this series we don’t identify the location as we haven’t got a clue but this time around there is no such issue as the large station sign of Fulpmes is a bit of a giveaway! This is no. 1 in July 1964 which waits with its trailer for departure back to Berg Isel. Cars 1, 2 and 3 were all built for the opening of the line in 1904 by Grazer Waggonfabrik. 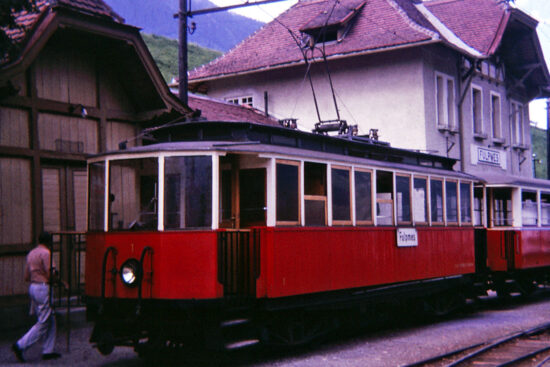