Posted on Monday 2 November 2020 by Gareth Prior

Today we feature another colourful all over advert carried on a Blackpool tram during 2007 – and colourful is the word for this design on 718!

This design on Balloon 718 for Vodka Kick was carried on the tram for two years from 2006 which means we see it around halfway through its life with it being captured on camera during July 2007. The sponsor was Vodka Kick with many different colours used and there can be little debate as to what it is advertising as the words Vodka Kick and VK appear over and over again! As with most adverts of this time the vinyls stretch across the windows although not as severely on some other designs that’s for sure. 718 had returned to service with its flat front in 2002 (the third of four Balloons to receive this rebuild) and was selected to receive the “B” fleet amendments but it became the first of these trams to be adopted by heritage tram tours with a repaint into green and cream coming along and it can often be seen on Blackpool Prom running these special tours.

The colourful 718 is speeding towards the camera between Norbreck and Bispham here as it works a service to Pleasure Beach. 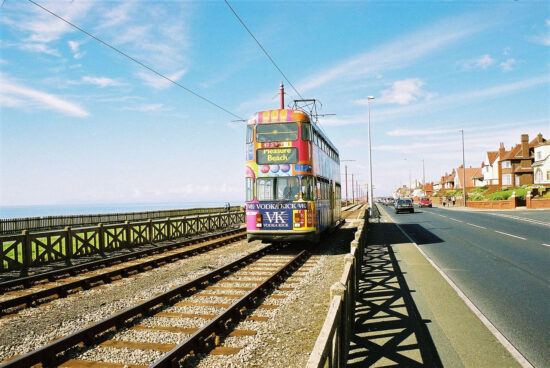 Another view of 718 as it stands on Bold Street with its destination blind have got twisted and folded but still clear enough to see the Starr Gate destination. 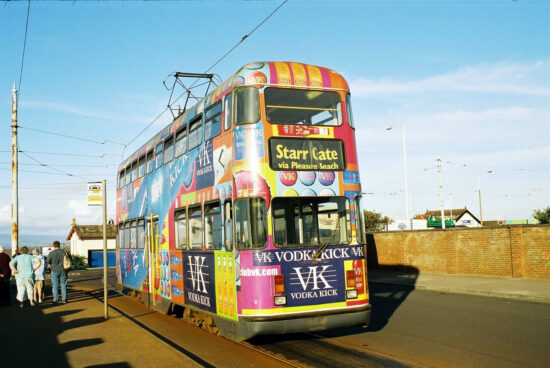