Posted on Saturday 24 October 2020 by Gareth Prior

And the new adverts keep on coming in Edinburgh! October had already seen two new adverts applied (255 for Forever Edinburgh and 272 for John Lewis) but the past week has seen another two new designs spotted on the trams – both replacing previous vinyls. The two latest trams to receive new adverts are 268 and 277.

268 had been carrying a design for Parabola My Edinburgh Park since June 2018 but this has now been replaced by a revised design for the same sponsor but without any mention of Parabola. Featuring the standard format of full height adverts on the third and fifth sections this advert is promoting the residential development at Edinburgh Park (which also includes an extensive business park and is served by its own tramstop) the advert uses a shade of green as the base colour.

Meanwhile, 277 has also had a change of advert losing its longstanding C R Smith vinyls (from Lochmaden to Dunfermline) which were applied in September 2017 in favour of the Parabola My Edinburgh Park adverts. These adverts are almost identical to those just removed from 268 although one of the full height adverts is different. 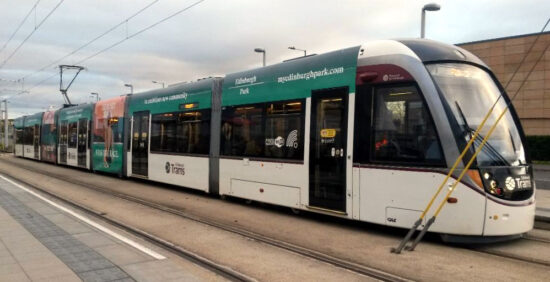 The full advert for Edinburgh Park on 268 is seen here as it calls at Edinburgh Park Station with a service to the Airport. (Photograph by John Hampton) 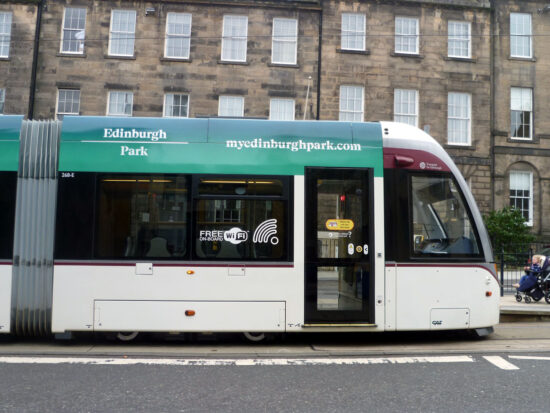 The end section of 268 showing the simple vinyls included as this part of the advert. 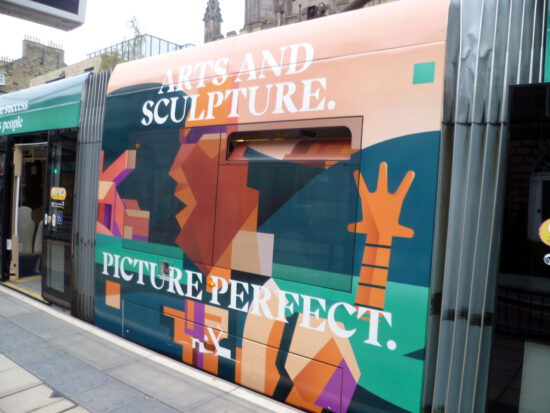 A view of one of the full height adverts on 268. 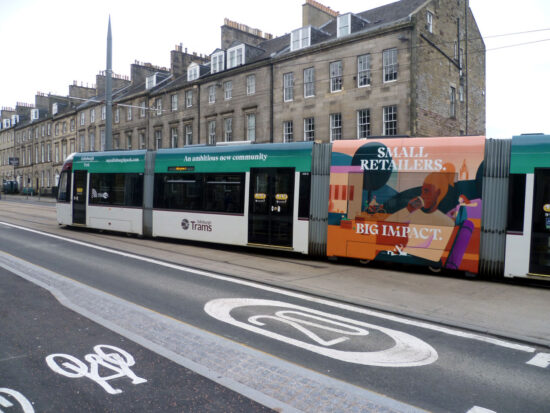 268 leaves York Place for the Airport with more of the advert seen here. The short stub of track here will form the Airport bound track from Newhaven when that extension opens in 2023. (Photographs x3 by Roy Calderwood, 17th October 2020) 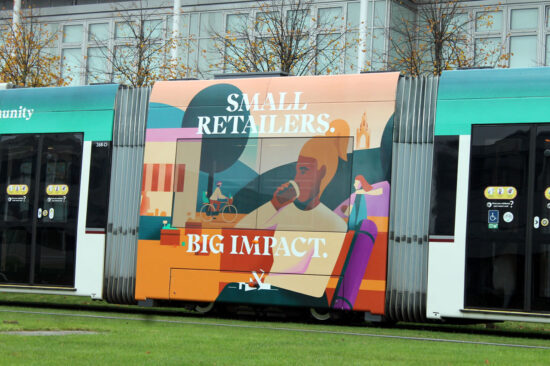 Another of the full height adverts is seen on 268 here. 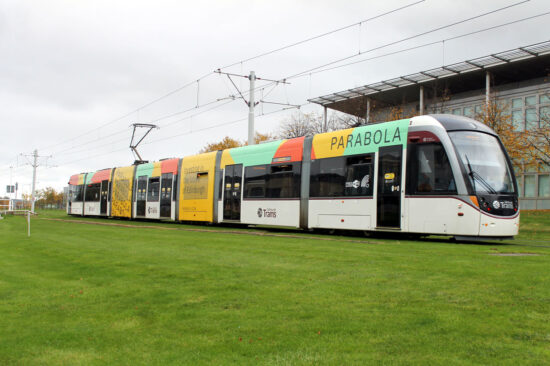