Posted on Tuesday 20 October 2020 by Gareth Prior

Another trip to Greater Manchester for this latest edition of “Still Standing!”.

This edition is a bit of a possibility as there is no evidence that this was definitely used as a tramway building but what is known is that it was at this location  in 1915 (according to OS maps) with a tramway crossover immediately outside. It was also known as the Tramway Office in the local area which suggests that either it was called that because it was by the tramway or did have some use for the tramway at some point. It is located on Rochdale Road in Blackley. 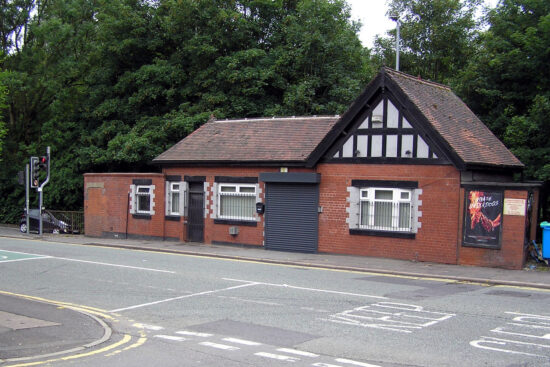 An image of the building on Rochdale Road. (Photograph by Keith Chadbourne)