Posted on Tuesday 1 September 2020 by Gareth Prior

In this edition of “Still Standing!” we are off to the capital to take a look at one of several old tram depots which are still in use as bus depots across London.

Fulwell Depot was opened on 2nd April 1903 by London United Tramways and was a fairly extensive building with 15 roads plus a repair shop on site. It remained in use solely for trams until 1931 when the first trolleybuses moved on which saw ten of the roads transferred for the storage of these new vehicles. Trams continued to be based here until 27th October 1935 – by which time it was part of London Transport – after which it was solely the preserve of trolleybuses. It became the final trolleybus depot in London with the last services running on 8th May 1962 and following that it became a bus depot.

The building was rebuilt in 1986/7 into two garages with London United using the western end and Abellio the eastern end. 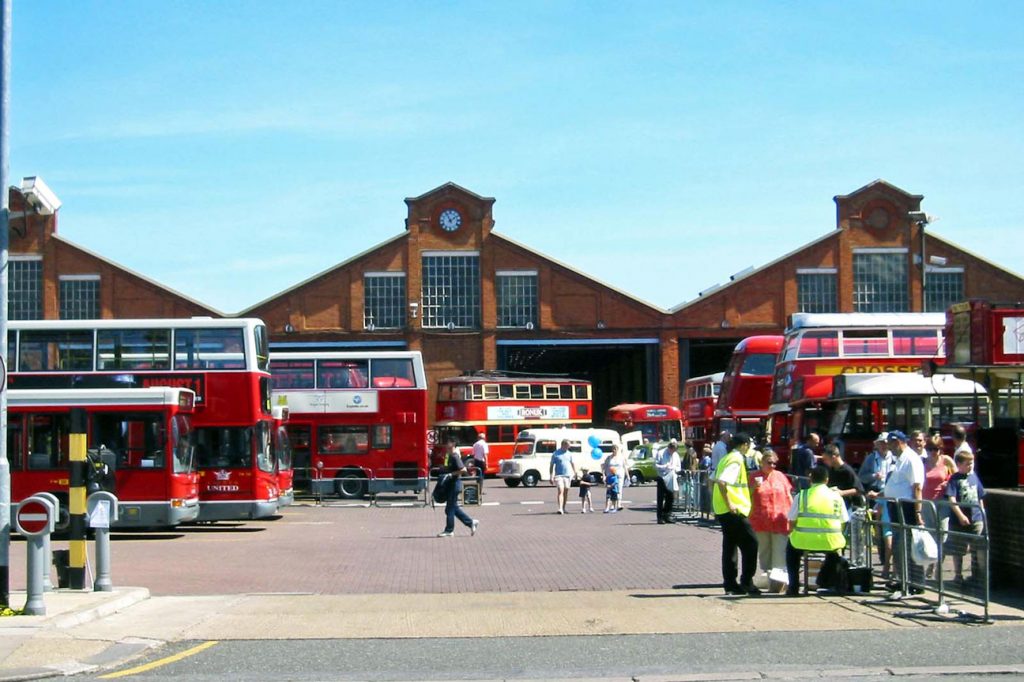 On 2nd August 2003 an open day was held at the depot to celebrate the centenary of the opening of the depot by London United Tramways on 2nd April 1903. This view is from the Wellington Road entrance with this being the section used by London United at the time. Amongst many buses can also be seen London trolleybus no. 1 in the centre of the photo. 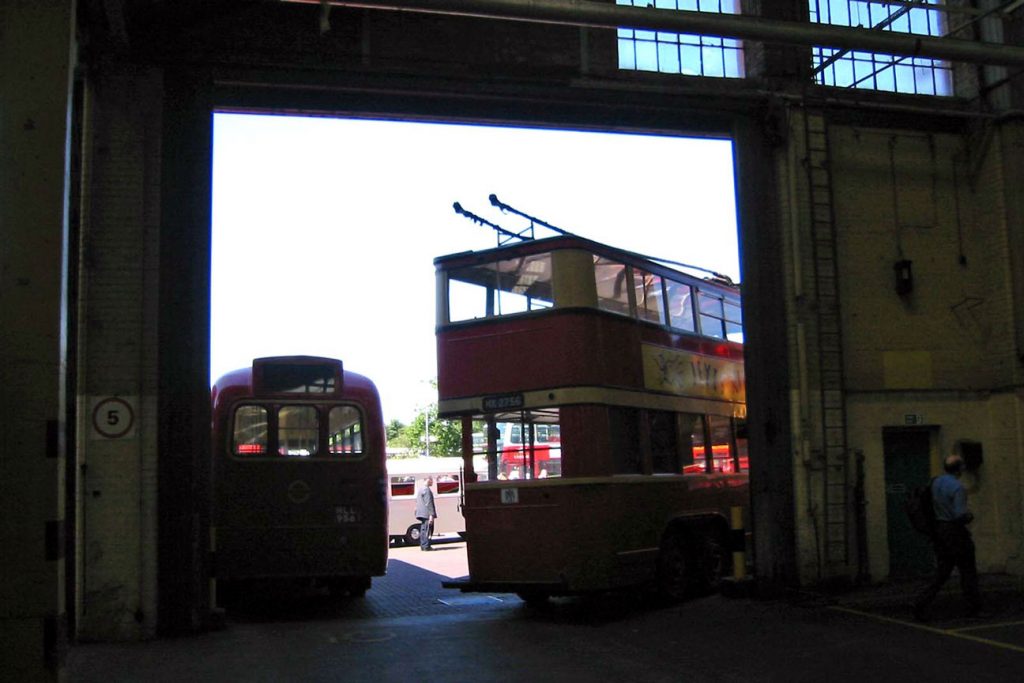 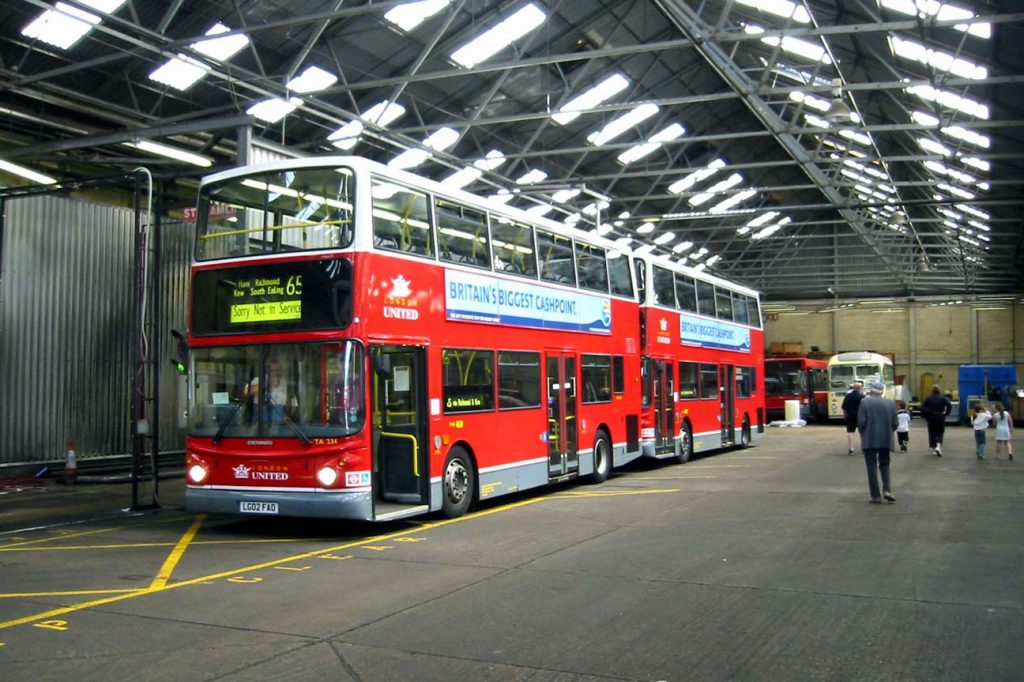 Another interior view of the depot with London United Dennis Trident/Alexander ALX400 TA234, LG02FA0 and another behind in situ. The wall that divides the depot into two can be seen in the background. 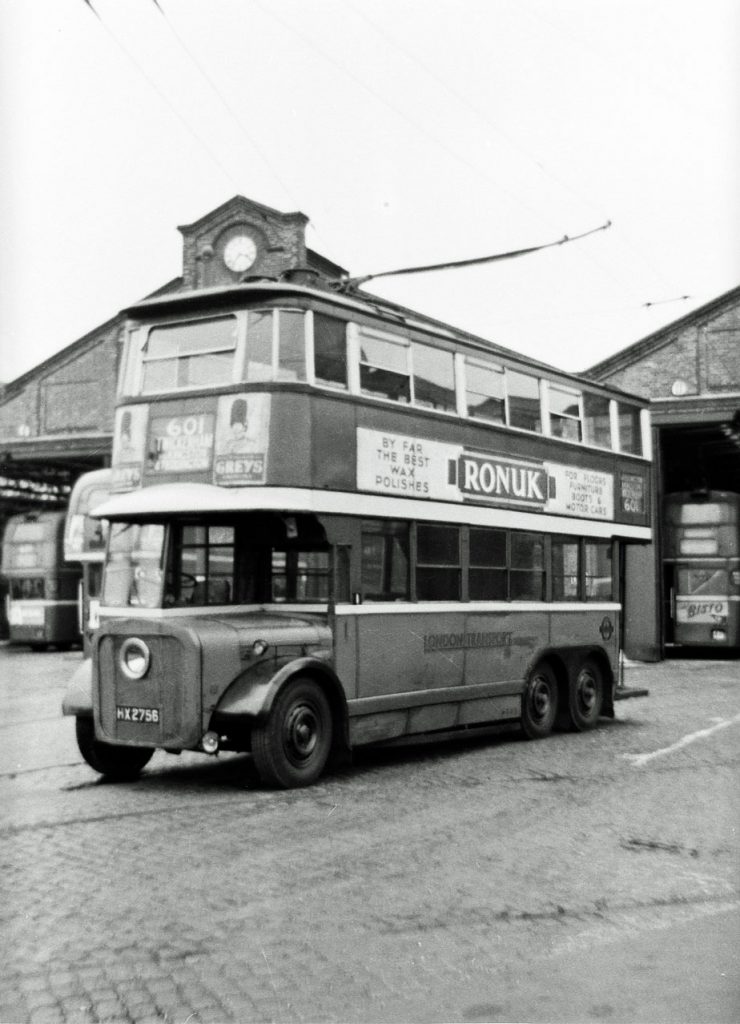 An archive image in the yard at the depot showing London Transport A1 class trolleybus no. 1 on 6th May 1962 – two days before the last trolleybus would run. No. 1 was used for a commemorative run on the last day but as that was a Tuesday and a school day our photographer had to make do with a visit a couple of days before the end. You can just make out the tram tracks still in situ here, these remained in place until the 1980s. (All Photographs by Bob Hodges)