Posted on Wednesday 12 August 2020 by Gareth Prior

Let it snow again this week as we head back to February 2012 for another look at Midland Metro in this edition of “Picture in Time”.

The below photo was taken on 6th February 2012 and shows 10 at Bradley Lane with a service which is running north to Wolverhampton St George’s. By the time of this photo the snow had eased off but remained on untreated surfaces as can be seen here. 10 – named “John Stanley Webb” – was one of the T69s which was treated to a repaint into the Network West Midlands Silver and Magenta livery (05, 07 and 09 were also recipients) and was one of the last of this class of tram to run on Midland Metro. 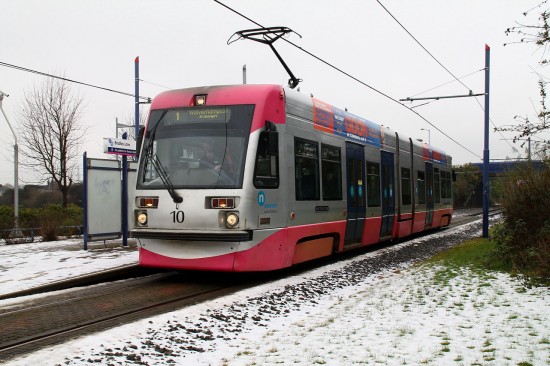