In Pictures: Burton & Ashby 14 at the Statfold Barn Railway

Whilst we have been concentrating on the reopening of Seaton, Crich, the Manx Electric Railway, East Anglia Transport Museum and Blackpool, there is also another heritage tramway which has just started running again following closure for the pandemic – the Statfold Barn Railway in Staffordshire. Home to just the one tram, Burton & Ashby 14, the tramway is only one small part of the experience of visiting the railway with several other running lines of varying different gauges using steam locomotives. The railway held one of their Enthusiasts Days on Saturday 8th and Sunday 9th August which included 14 in operation. Ken Jones was one of those who got tickets for the day. 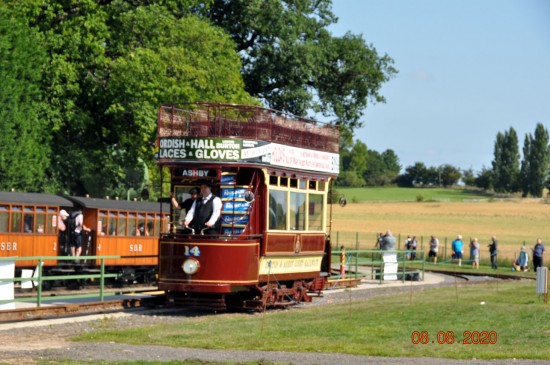 Burton & Ashby 14 gets ready for service at the start of the day. With no overhead installed the tram operates on battery power. 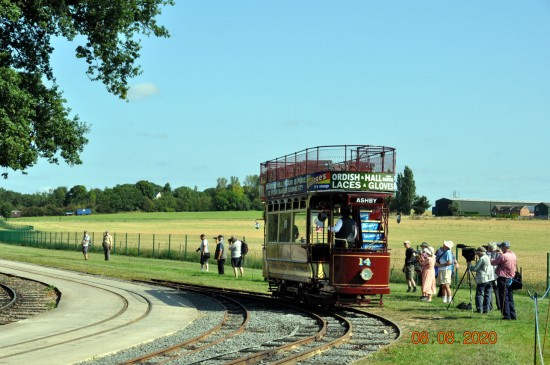 14 passes the gallery of photographers as it continues its way around the tramway. Two of the other railway lines can also be seen here. 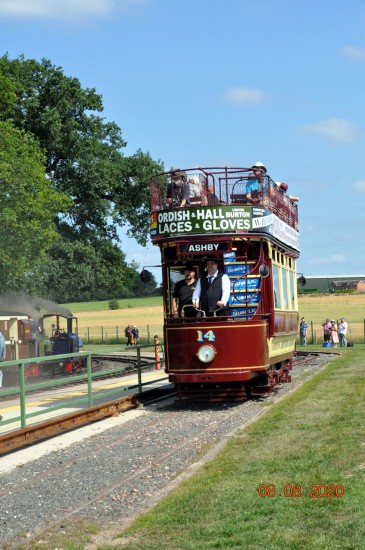 Now with passengers on board here we see 14 passing a steam loco on the left hand side heading in the opposite direction. 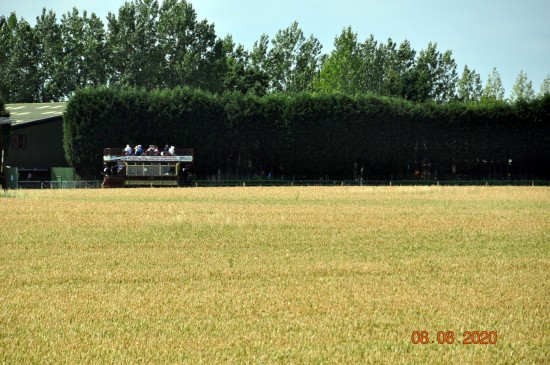 14 seen across he fields as it transports some visitors on the Statfold Barn tramway. (All Photographs by Ken Jones, 8th August 2020)

1 Response to In Pictures: Burton & Ashby 14 at the Statfold Barn Railway