One popular batch of photos we included in our Traditional Tram Picture in Time series last year was taking a look at the trams which ran at the Glasgow Garden Festival in 1988 and now we return to that event with a few more images of some of the trams which operated.

The first tram we feature is Blackpool Boat 606 which we see as the crew wait for passengers to board. 606 had received this Blue and Yellow livery with adverts for Belhaven Beers and it would retain a similar colour scheme (albeit reversed for the final few years) until it departed the UK for the United States in part exchange with Standard 147 at the turn of the millennium. 606 was to be the only tram without a connection to Crich (either before or after – or both!) to appear at the event which took place between 26th April and 26th September 1988. 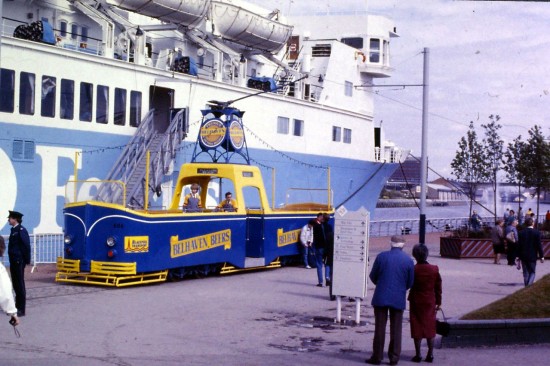 One Response to Picture in Time: Blackpool Boat 606