Posted on Thursday 23 April 2020 by Gareth Prior

We have already seen the steam tram turning triangle in Darwen in this series but that is not the only tramway survivor in the town as there are also some old tramway shelters which are still standing.

The tramway in Darwen was taken over by Darwen Council in 1898 and just two years later the joint system with Blackburn was electrified, the gauge staying at 4’. After electrification the tramway continued to operate and in 1936 two double-deck streamliners were purchased but this was not enough to secure its long term survival with the final trams running in October 1946 (the streamlined trams were sold on to Llandudno and Colwyn Bay). It may be over 80 years since the last trams ran but there are still some shelters in the town which have remained in situ all this time.

Two of the shelters are adjacent to each other in the town centre with one in use as a hairdressers and another as a shop with a plaque erected to commemorate the opening of the shelters in 1902. The other survivor was once on a short branch line to Hoddlesden village (opened in 1901, closing in 1937) and is a handsome stone shelter which was restored to its former glory in 2009. It has also recently seen a new bench installed within by a group of students from the Darwen based WEC Group. 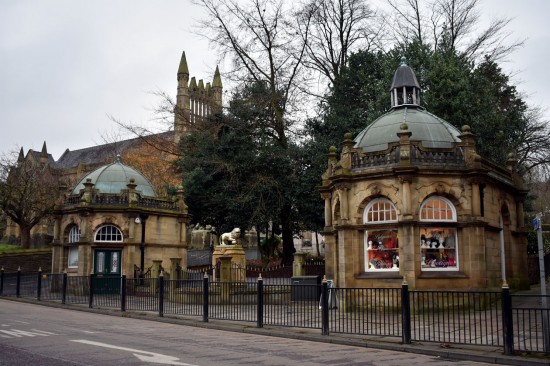 The two tram waiting shelters on Bolton Road in Darwen town centre, flanking a memorial to the second Boer War. This ended in 1902, the year the shelters, designed by Borough Engineer R.W. Smith-Saville, are dated. 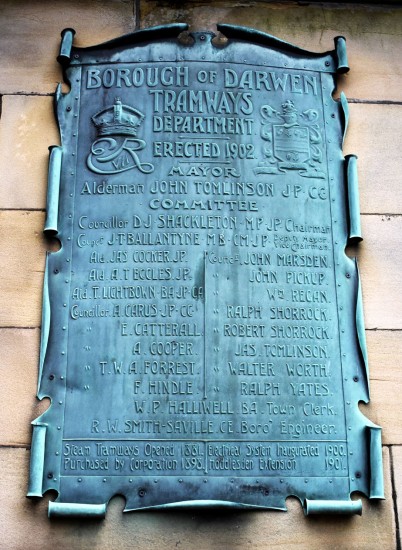 The plaque on the southern shelter recalls a long-gone era of small-town civic pride. The plaque is on the left hand pavilion in the previous photograph, fixed to the unseen side by the street leading up to the church. 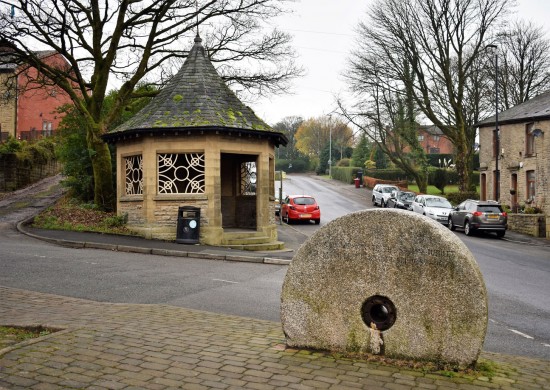 The tram waiting shelter in Hoddlesden village, where the trams arrived from Darwen down the road on which the cars are parked. The millstone in the foreground acts as a reminder of the village’s industrial heritage. From 1876 a 3km freight-only standard gauge branch railway also served Hoddlesden, closing between 1950 and 1962. (All Photographs by Donald Brooks, 22nd November 2018)