Posted on Tuesday 18 February 2020 by Gareth Prior

We are heading back to Ashton-under-Lyne for this latest edition of “Still Standing” as we take a look at the former Corporation electric tram depot on Mossley Road.

Built in 1902, this depot was constructed specifically for the electric trams which started operation in the August of that year. As with many tram depots it was enlarged during its history, with it almost being doubled in size in 1921. Trams remained housed there until 1938 upon the closure of Ashton-under-Lyne Corporation Tramways but it remained open for transport purposes with firstly trolleybuses and then buses being housed there. This was until 1977 when it was closed by Greater Manchester Transport but the structure remains in place and is now in commercial use for a number of different companies. 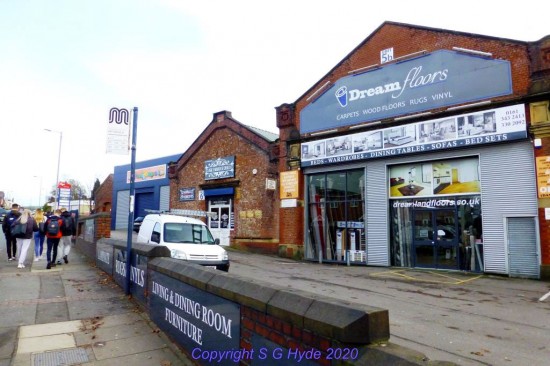 Here we see the eastern end of the depot front on Mossley Road. The large blue fronted section in the background is a late 1950s extension added to cater for the growing bus fleet. The next building is believed to have been the stores and the nearer section was latterly used for maintenance work. 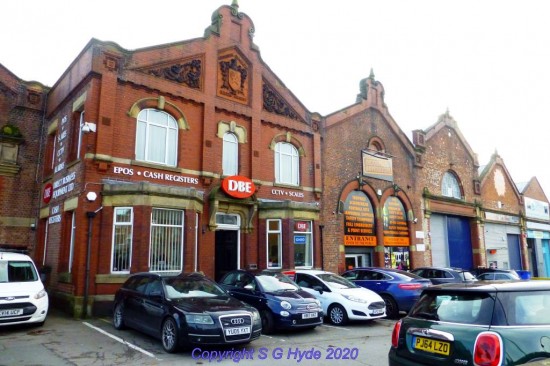 The main feature in this shot is the office block with its distinctive terracotta coat of arms. Next to this are further sections of the depot stabling and workshop buildings. 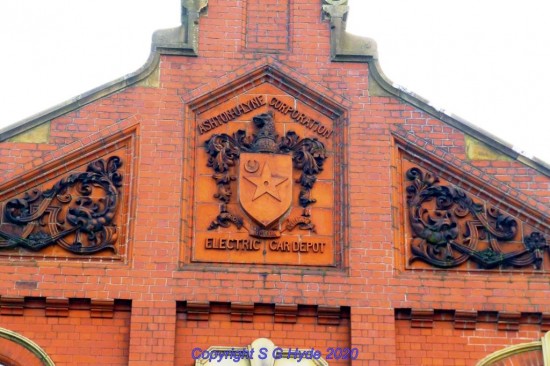 In this photograph we see the terracotta plaque displaying the Ashton–under–Lyne coat of arms and the legend Ashton–u–Lyne Corporation Electric Car Depot in the gable end above the office building. 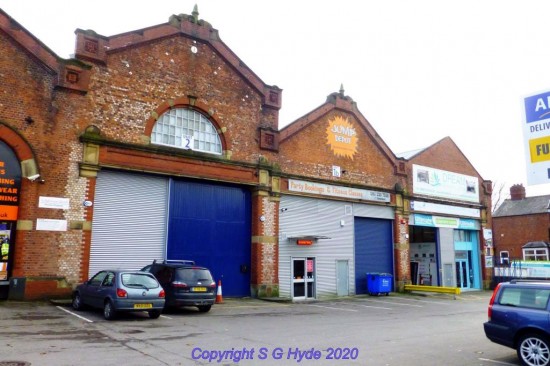 A closer view of the western end of the buildings. These were used for tramcar stabling and also in later years trolleybus stabling. Careful examination of the image may reveal evidence of overhead wiring rosettes on the façade. 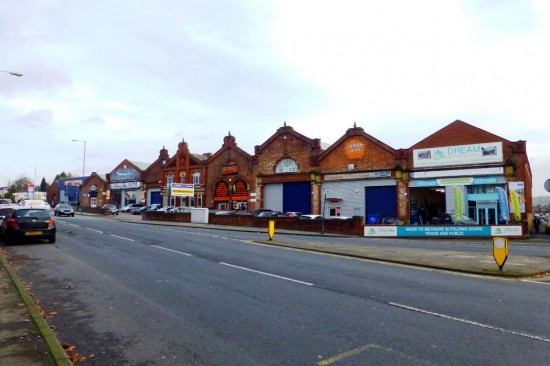 A panoramic shot of the entire front of the depot looking east. The wide variety of commercial uses which ensure its future are evident. 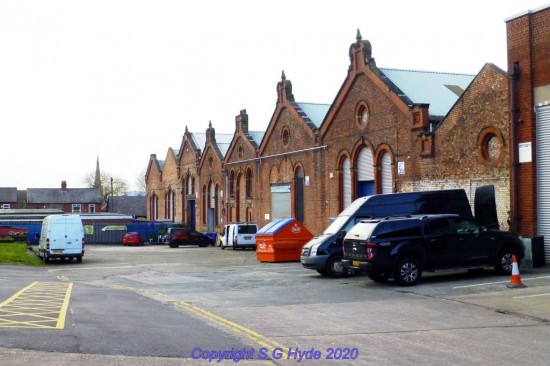 A view now of the rear of the buildings and the yard which was used for open air storage of buses and trolleybuses awaiting overhaul or disposal. 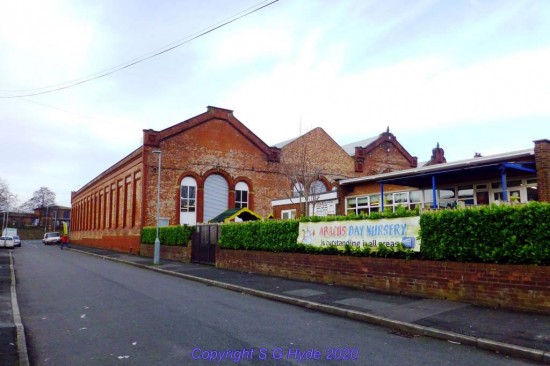 Another view of the rear of the depot at the western end. The slightly more modern structure in the foreground was the Transport Staff Social Club. 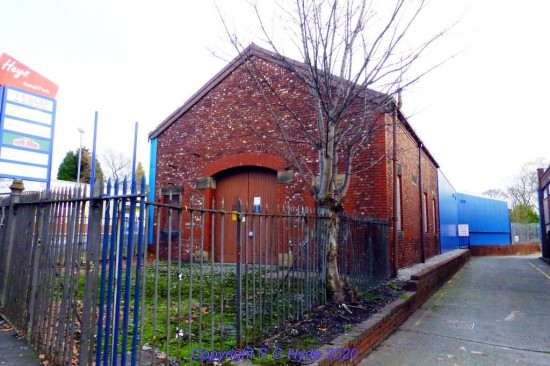 East of the depot complex stands an electricity substation which was built by the Ashton Electricity Department and is believed to have fed the trams and trolleybuses. (Photographs x8 by Steve Hyde) 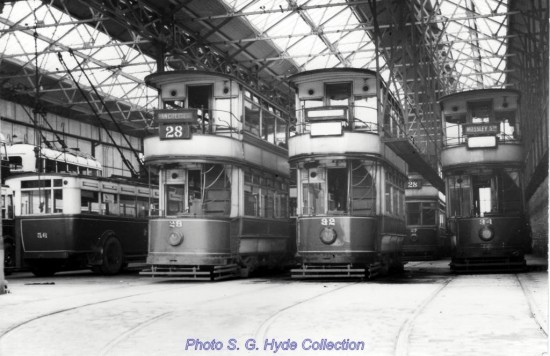 This and the following photograph are included to place the context of the former use of the building. Here we can see a fine array of trams and trolleybuses stabled within the western end of the depot. The single deck trolleybus was one of a small fleet used between Ashton and Hathershaw on the former tram route to Oldham. The presence of double deck trolleybuses points to the photograph having been taken in 1938 prior to the conversion of the routes to Manchester to trolleybus operation. Tram no 32 was to be Ashton’s last tram and performed its last trip from Manchester to Ashton on the afternoon of 1st March 1938. On arrival back in Ashton it was driven straight back to Manchester along with sister car 36 to the scrapyard behind Manchester’s Hyde Road depot. 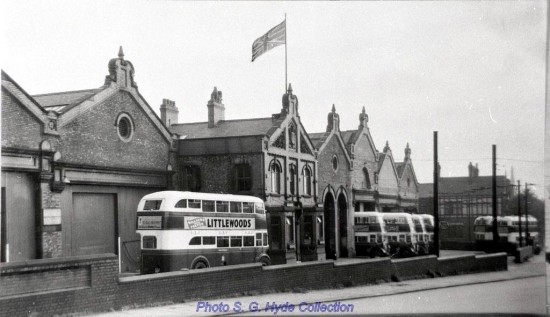 This photograph probably from the mid-1950s judging by the livery and type of the buses visible with a number of motor buses and a couple of trolleybuses in the forecourt. (Photographs x2 Steve Hyde collection)