Posted on Tuesday 4 February 2020 by Gareth Prior

There is now one fewer intact Manchester Metrolink T68 after 1020 was scrapped on site at Trafford Depot. As we reported last week the tram had recently been moved from its long-term resting place in the sidings at Trafford Depot and after a short period inside for final component removal was moved to what had been the departure siding at the depot and in effect that’s what has happened to 1020 as that it where it was scrapped!

For the record 1020 had last run on 31st October 2012 before withdrawal came a few days later on 2nd November 2012 and after transfer to Trafford Depot it has remained stored in the yard – that’s just over seven years from withdrawal to the end.

We’ve already mentioned it but the four T68/T68As which had been stored at Trafford in recent years now need to be moved ahead of the delivery of the 27 new M5000s due to arrive from later this year and with 1020 not having a new owner its time was over with the decision made to scrap the tram. Rather than sending it away to Rotherham as per all other T68 scrappings it was decided that the deed would be done on site and this started on Monday 3rd February with the tram soon reduced to scrap in full view of passing trams.

This leaves just three T68/T68As at Trafford Depot: 1007 which will end up at Heaton Park and is in the workshop, 1023 which is set to head to the Crewe Heritage Centre (as noted on that organisations website) and 2001 of which nothing has been said publicly but is likely to also be scrapped. 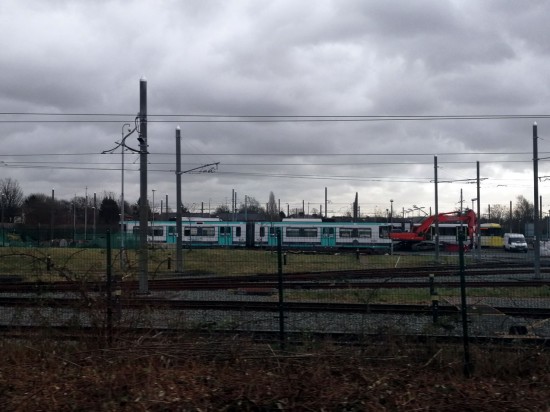 The last look at 1020 as a fully intact tram with the equipment in place ready to scrap the tram. 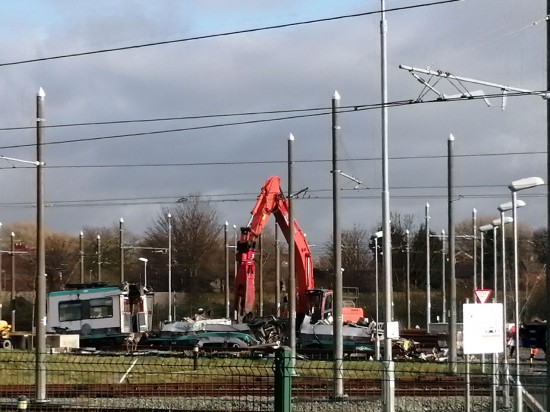 It doesn’t take too much effort to reduce the tram to a shell of its former self! With just one end section and the underframe still recognisable this view shows the scrapping progressing. 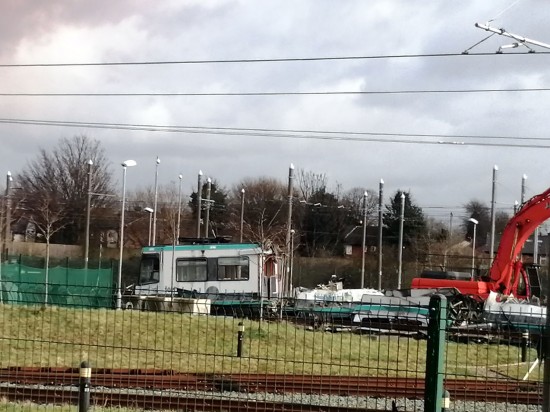 Another look at 1020 during scrapping. 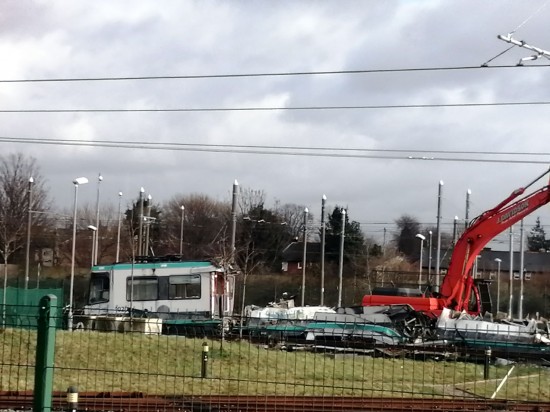 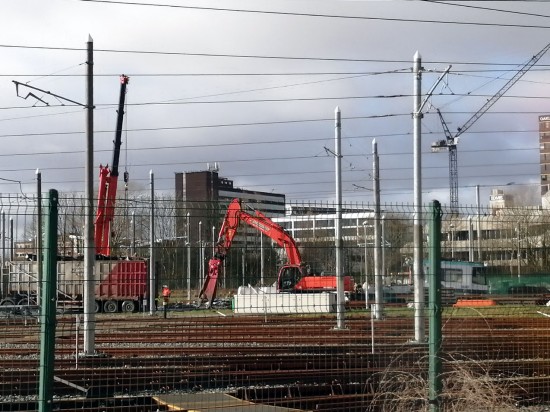 The end for 1020 will be a crate on the back of a lorry! (All Photographs by Reece Hughes)

One Response to In Pictures: Metrolink 1020 scrapped at Trafford Depot