Posted on Friday 24 January 2020 by Gareth Prior

Its well behind schedule but it looks as if the new Park and Ride site adjacent to Bradley Lane stop on the West Midlands Metro is almost ready for opening if the latest pictures are anything to go by. Construction started way back in October 2018 with a view to opening in the summer of 2019 but there have been various delays to the project which now seem to have been overcome. The original plans were for a 196 space car park although there remains a large amount of spare land which has not received the hard standing which may mean there aren’t going to quite as many spaces when it opens to the public. 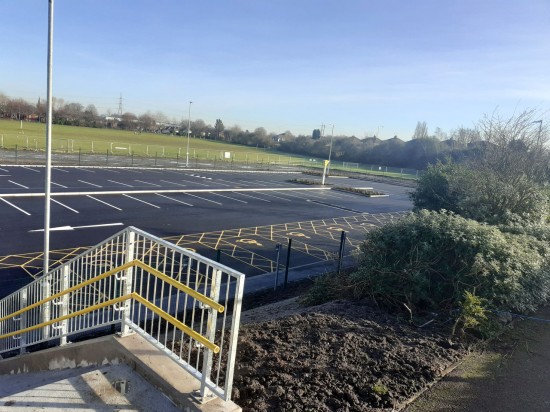 Looking down from the level of the tramstop towards the car park this view shows the large number of disabled spaces available. 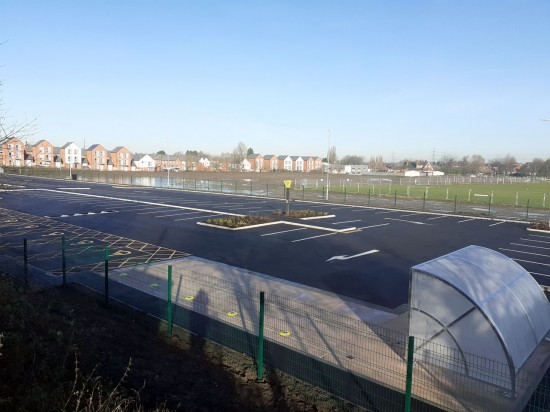 Another general view of the car park, including bike storage. 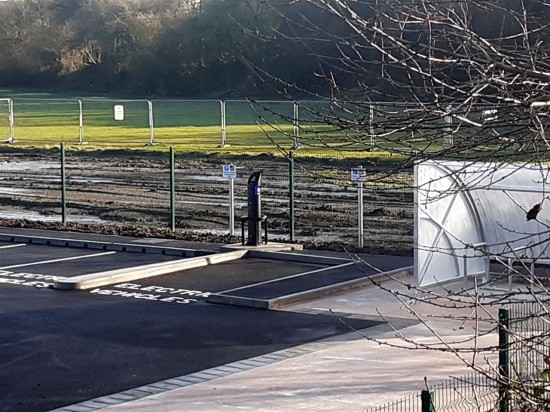 There is also space for electric vehicle charging. 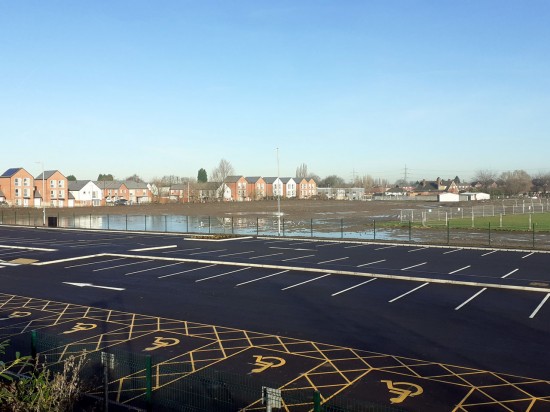 Looking beyond the car park and land was cleared but not required and now resembles a lake! 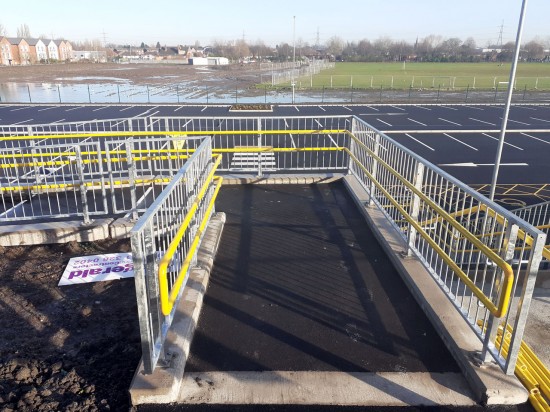 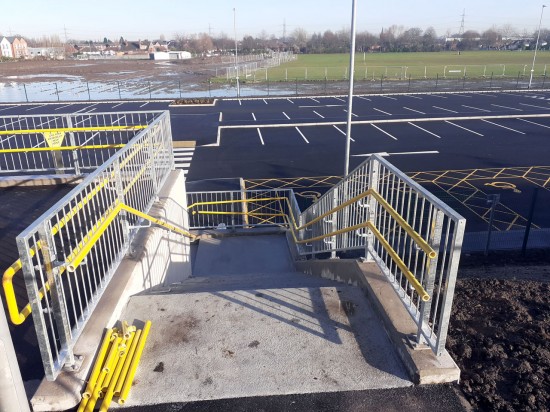