There can be no denying that 2019 was a challenging year for the volunteers at the Heaton Park Tramway with the theft of overhead wires in September bringing a temporary halt to operations but following on from industry help and a resumption in services just a month later they have now been rewarded by readers of British Trams Online with the accolade of Tramway of the Year in the annual Tram of the Year contest. Meanwhile the main “Tram (Traditional) of the Year” remains on the Isle of Man with Manx Electric Railway trailer 54 receiving the most votes with the Manx Heritage Transport Festival also winning in the “Event of the Year” category. The final category – “Tram (Modern) of the Year” saw a tie with Blackpool 001 and Manchester Metrolink 3006 getting exactly the same number of votes.

Just over 60% of votes in the “Tramway of the Year” category went to the Heaton Park Tramway, which whilst not as comprehensive as the 2018 contest when the Manx Electric Railway walked away with over 80% of the vote, was the highest percentage of votes in any of the categories this time around. 2019 was a year for the Heaton Park Tramway which looked as if it would be like any other with three trams operating the service in the park and Manchester 765 spending a period at Beamish whilst work continued on the overhauls of Stockport 5 and Blackpool 619. That was until one night in September when a portion of overhead was stolen. What could have been a huge negative for the volunteer led tramway ended up providing evidence, if it was ever needed, of not only how well respected and valued the tramway is in the enthusiast and local community but also how organisations can come together to make a positive out of a negative. And so it was after support from TfGM and Manchester Metrolink just a month later the new overhead was in place, testing had been completed and trams were running once more. And if that wasn’t enough the tramway then took part in Lightopia in Heaton Park which saw trams running in the dark and carrying full loads most weekends. 2020 will mark the 40th anniversary of the tramway.

For the second year in succession the “Tram (Traditional) of the Year” went to the Manx Electric Railway with trailer 54 gaining just short of 50% of the total votes. With the trailer having last run in 1971, it was returned to service thanks to an overhaul completed by both volunteers and paid Isle of Man Railways staff at the Manx Heritage Transport Festival and proceeded to see regular use for the remainder of the season as well. The two loanee trams of the year – Blackpool & Fleetwood 40 and Manchester 765 – were almost neck and neck in second and third respectively whilst Cambridge Street Tramways 7 completed the top 4. As well as being the second year for the MER to win this award it is the third in a row for the Isle of Man!

Staying with the Isle of Man, and for the second year in a row, the “Event of the Year” heads across the Irish Sea with the Manx Heritage Transport Festival taking just over 49% of the total votes. With the MER again playing centre stage – including the return of three trailers including the aforementioned 54 – the five day spectacular once again proved popular with voters in the awards. Since the “Event of the Year” award was introduced in 2012 this is just the third time that a non-anniversary event has been voted the most popular! August’s Rigby Road Open Day came in second followed by Crich 60 and the Wirral Bus and Tram Show.

It was going to happen sooner or later, the removal of multiple votes making a difference to the final standings, and that is exactly what has happened on “Tram (Modern) of the Year”. The result has seen a tie – the very first tie in this category and first tie since the 2004 “Tram (Traditional) of the Year”! – with both Blackpool 001 and Manchester Metrolink 3006 taking just over 40% of the total vote. With 001 receiving an advert for Blackpool’s Merlin attractions in time for the August Bank Holiday and 3006 becoming the first M5000 on Metrolink to cover a million kilometres they both proved popular with the voters and in the end couldn’t be split! West Midlands Metro 28 – which had been the first tram to carry passengers, albeit VIP ones! – came in third for 2019.

That is it for another year – congratulations to all organisations who have been involved in winning entries for 2019 and thanks to everyone who has voted. Don’t forget to keep a note of anything which could be nominated at the end of this year – nominations should open in November 2020! 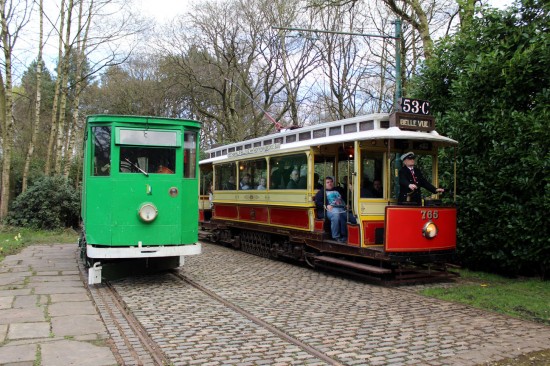 Winner of Tramway of the Year for 2019 is the Heaton Park Tramway – the second time this tramway has won having previously winning in 2013. Back on 2nd April 2017 Manchester 765 is seen at the old Lakeside terminus passing stabled Blackpool Railgrinder 1. (Photograph by Gareth Prior, 2nd April 2017) 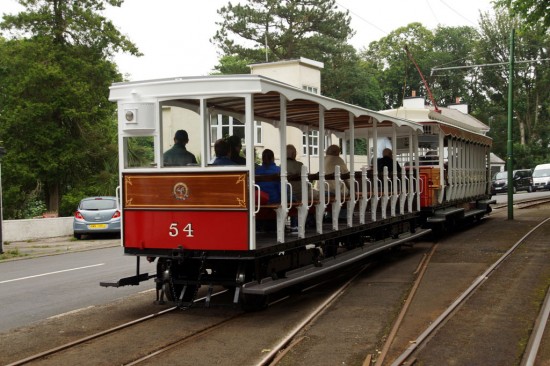 Tram (Traditional) of the Year is Manx Electric Railway 54 which ran for the first in 2019 since 1971, becoming the first trailer to win the award! On 24th July 2019 the trailer is seen at Groudle during the Manx Heritage Transport Festival which also happened to win Event of the Year! (Photograph by David Mee, 24th July 2019) 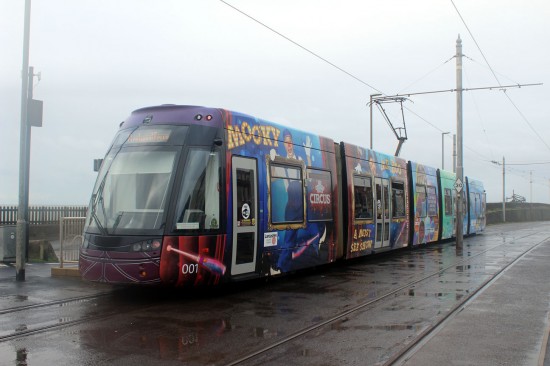 Joint winner of Tram (Modern) of the Year was Blackpool 001, thanks to this advert for Merlin’s attractions in the town which was applied for the August Bank Holiday. It is seen on a wet day at Bispham. (Photograph by Gareth Prior, 29th September 2019) 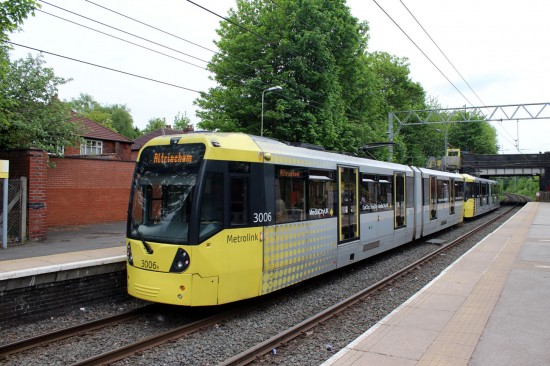 The other joint winner of Tram (Modern) of the Year was Manchester Metrolink 3006 which became the first of the class to reach 1 million kilometres! Back in 2018 we see 3006 (with 3022) at Stretford with a service for Altrincham. (Photograph by Gareth Prior, 12th May 2018)

This entry was posted in Blackpool Tramway, Heaton Park Tramway, Manchester Metrolink, Manx Electric Railway, Tram of the Year. Bookmark the permalink.
We use cookies on our website to give you the most relevant experience by remembering your preferences and repeat visits. By clicking “Accept”, you consent to the use of ALL the cookies.
Cookie settingsACCEPT
Privacy & Cookies Policy