Posted on Friday 27 December 2019 by Gareth Prior

Another day, another Blackpool tram features in “15 Years Apart”. This time its Balloon Car 723.

723 is another tram which has gone from advert livery to green and cream over the past 15 years and this first image shows the tram on 5th September 2004 at Tower with a service to Starr Gate. In 2004 the tram was carrying a double all over advert with this side and end featuring a red and black ad for Pasaje del Terror (the other side/end was advertising the Paul Zerdin show). This advert combination had only been applied the previous month although the Pasaje del Terror part of the ad had been in place for six years. 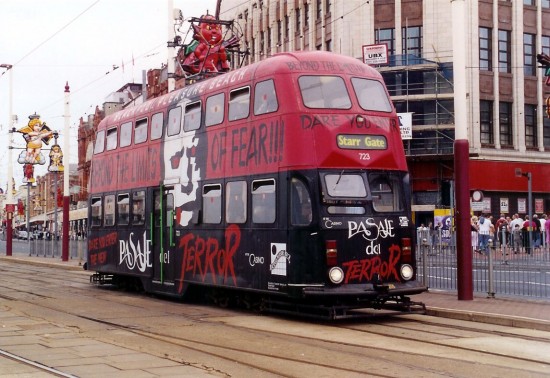 On 25th May 2014 and 723 is now part of the heritage fleet in Blackpool and has received a coat of the attractive 1980s fleet livery. Never carried in the 1980s this livery was first applied to the tram in 2008 when it also received some external advertising but was replaced by an advert in 2010. Then with the heritage operation now in full swing the vinyls were removed in 2015 and then 2016 saw the tram fully repainted into the 1980s livery, which is what it carries today. 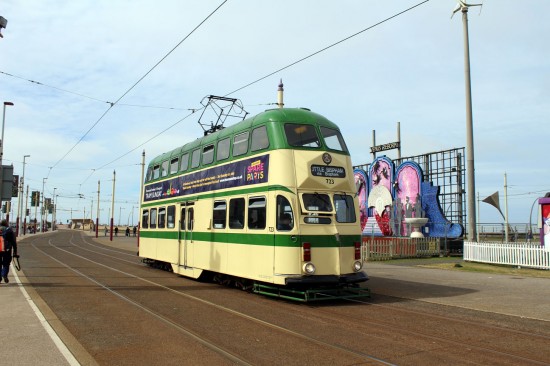