It may be very nearly Christmas but that hasn’t stopped a new advert livery being applied on Edinburgh Trams with 260 losing its previous C R Smith advert (the from Glasgow to Peterhead version) in favour of a new design for Johnnie Walker and its #Jointhepact campaign.

Whilst this is the third tram to receive an advert for Johnnie Walker (four if you include the mock-up at Edinburgh Airport in use as the tram lounge now) but it is a different design to that seen on 257 and 273 using a bright red colour scheme. As you come to expect from Edinburgh it has the above window height adverts along the length of the tram and then sections three and five have full height adverts. The one big difference here is that the advert does not cover the windows on these sections.

260 is also one of the four trams to carry antlers and reindeer names with it being named Comet and Vixen at either end. 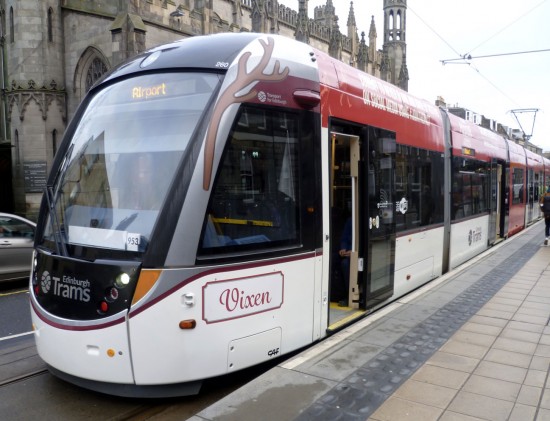 260 is seen in this first photo at York Place with its new advert. Also note the antlers and this end is named Vixen. 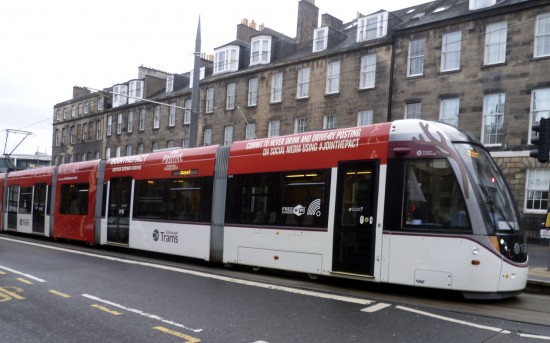 York Place again for this view of the tram showing part of the advert. 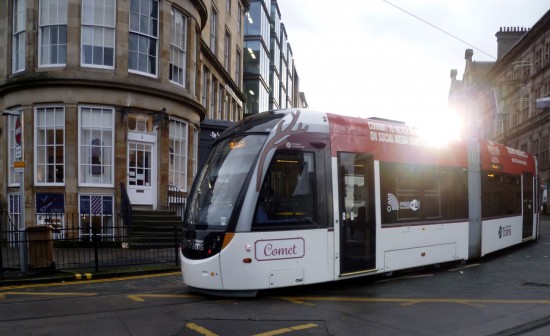 With the low very late autumn sunshine above the tram 260 turns into North Saint Andrew Street with the rear of the tram showing its Comet name. 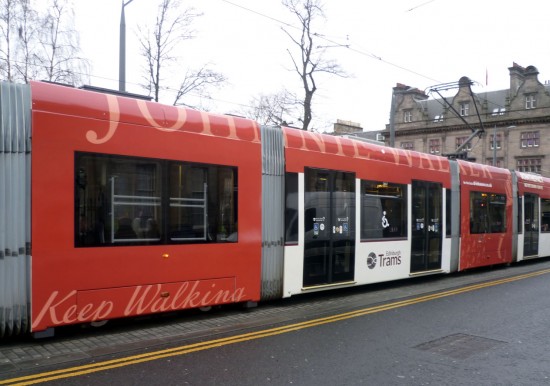 The central sections of the tram showing the main part of the advert with its bright colours standing out from the rest of the tram. (All Photographs by Roy Calderwood, 20th December 2019)