In Pictures: Refurbishments continue in Nottingham

The refurbishment of the Nottingham Express Transit Incentros is continuing with the entire fleet due to be completed in the first part of 2020. Since we last reported on the refurbishments further examples have gone through the works at Wilkinson Street, including 206 which, in the process, has lost its long-standing advertising livery for Jet 2 Holidays with the new fleet livery now adorning the tram.

206 was one of four of the Bombardier built trams to be in advertising liveries (209, 210 and 211 the others) and has become the first to lose its wrap in favour of fleet livery. Adverts will not be a thing of the past though for NET as the usual above window ads are now been applied to the refurbished trams, including on 204 which is currently carrying some for E-On. 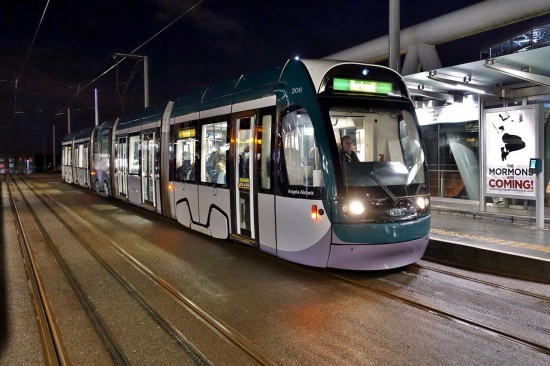 206 in fleet livery again after refurbishment is seen arriving at Nottingham Station heading for Hucknall. 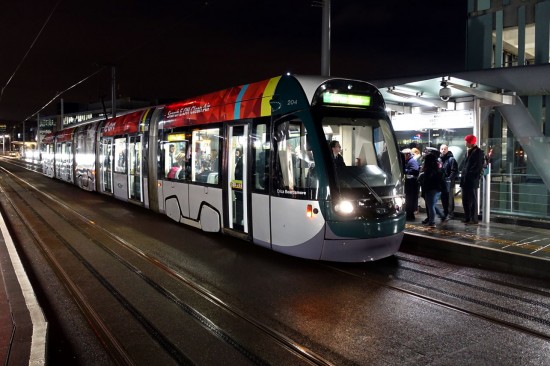 204 and its adverts for E-On is seen at Nottingham Station arriving with a service for Clifton South. (Both Photographs by Ian Nightingale, 11th December 2019)