Posted on Tuesday 3 December 2019 by Gareth Prior

When we launched this series we menti0ned that some of the instalments would be very much “what difference!” and today’s edition very much falls into that category! The tram featured today is Sheffield 74 at Crich.

In this first view of Sheffield 74 we see the tram taking a break on the depot fan with members of the workshop on board. The date is 2nd June 2004 and it was just a normal operating day at Crich (I have no idea why I went all the way Crich for just a three tram service!) with Glasgow 22, Blackpool 40 and Paisley 68 in service. 74 was out on a test run and is seen here having just arrived back into the depot yard. 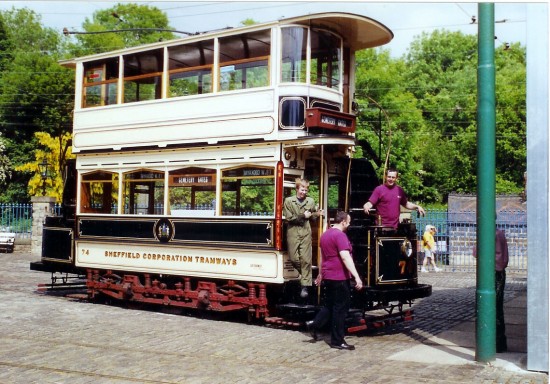 The 2019 view is also taken in the depot yard – to provide as much of a comparison as possible! – and shows the tram about to head out for a day in service on 21st September 2019 during the Crich 60 event. The tram has seen workshop attention in the intervening 15 years but the differences between the two photos are very few and far between! 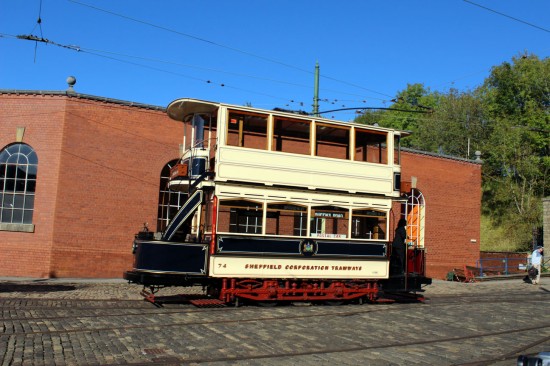