In Pictures: 34 does return to service as the batteries keep on coming

Posted on Sunday 17 November 2019 by Gareth Prior

We mentioned a few days ago that there had been reports that 34 had entered service with batteries fitted but had no confirmation, well even if it hadn’t been used before it certainly has now! With both 22 and 34 having entered service during the past week it does now mean that there have been 16 of the 21 strong Urbos3 class which have operated in passenger service with batteries fitted and by our maths that means there are just five more to go!

It is thought that 17 trams will be needed to run the lengthened route to the Library in Centenary Square so with 16 so far completed there is still a bit of work to be done to enable a full service to run (with maintenance spares also required and 31 still out of service although the hope it will return to action before December). To this end 24 is the latest tram to have been spotted around the depot with battery fitment at an advanced stage.

This will leave just 25, 26, 27 and 32 battery free and the work on these should follow over the next few months.

On the livery front 20 trams are in the full blue livery with the only not being 19 which carries the special 20th anniversary livery. It is expected that this tram will soon lose these special vinyls in favour of the standard fleet livery. 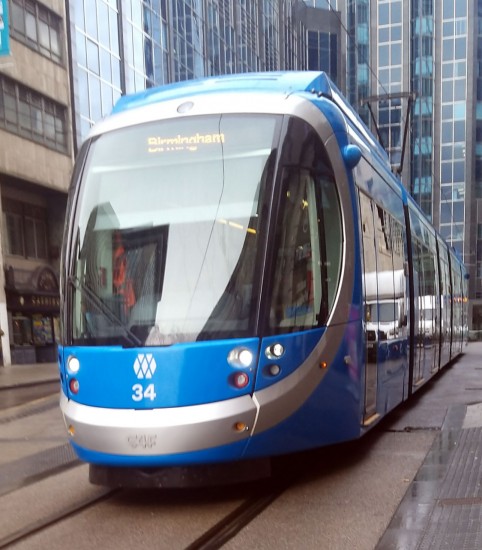 34 and its batteries in service at Bull Street. (Photograph by Mark Cufflin, 15th November 2019) 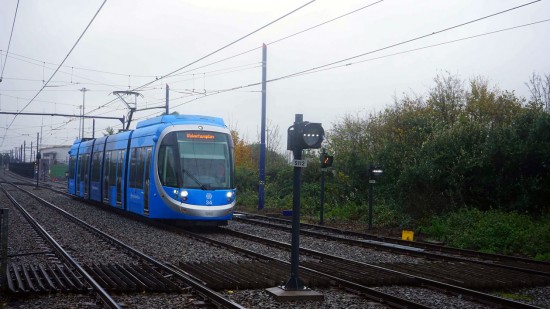 A wet day for 34 as it approaches Wednesbury Parkway. 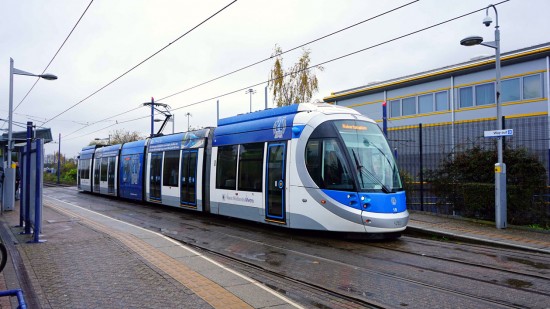 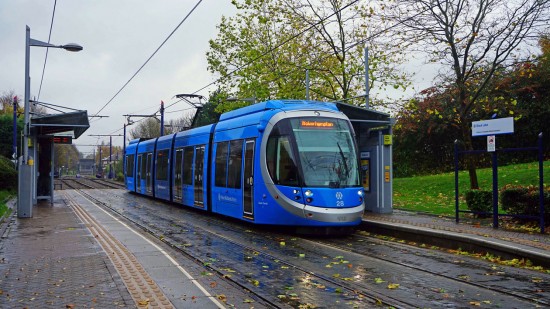