In Pictures: Sheffield pauses to remember

Posted on Wednesday 13 November 2019 by Gareth Prior

In keeping with the country pausing to remember those who have lost their lives in conflicts many tramways in the UK paused for two minutes on Monday 11th November at 1100 (when it was safe to do so) as a mark of respect. One such tramway was Stagecoach Supertram when not only did the trams come to a halt but also had special destination displays saying “Lest We Forget” as seen in the following pictures by Stuart Cooke. 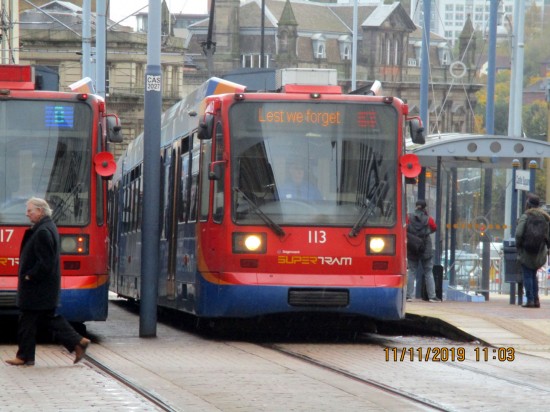 Shortly after the conclusion of the two minutes this is the scene at Castle Square where 113 is seen. 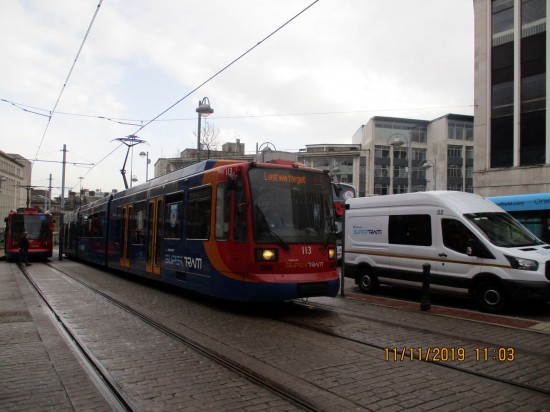 Another shot of 113 as it pulls away from Castle Square. (Both Photographs by Stuart Cooke, 11th November 2019)