In Pictures: Metrolink stops get a makeover – Shudehill

Posted on Monday 11 November 2019 by Gareth Prior

We’ve already seen the ongoing work at Cornbrook as that key interchange stop gets a makeover but one stop which has already seen the conclusion of its own refurbishment project is Shudehill. Located between Victoria and Market Street on Manchester Metrolink’s original city crossing this stop was a later addition to the network and is located adjacent to a bus station which again makes this a fairly key interchange for the public making their way around the region by public transport. During September the stop was closed to allow the work to take place with trams continuing to run past the platforms but not stopping to allow passengers on or off. Steve Hyde’s photo update shows the work which took place.

Additional shelters have now been provided at Shudehill whilst it has also benefited from the addition of new LED lighting with the result a more pleasant environment to wait for trams in all weathers. 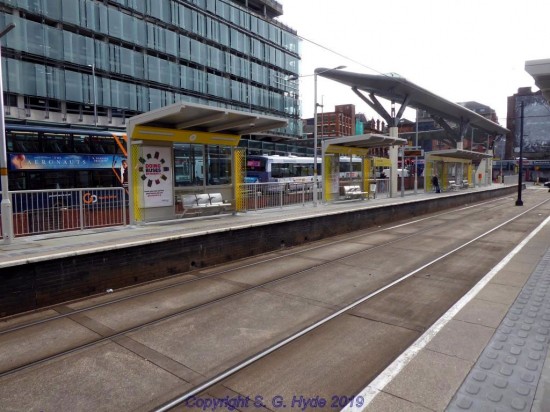 A view of the inbound platform at Shudehill Interchange showing the 3 new shelters provided under the upgrade project. The bus interchange can be seen behind. 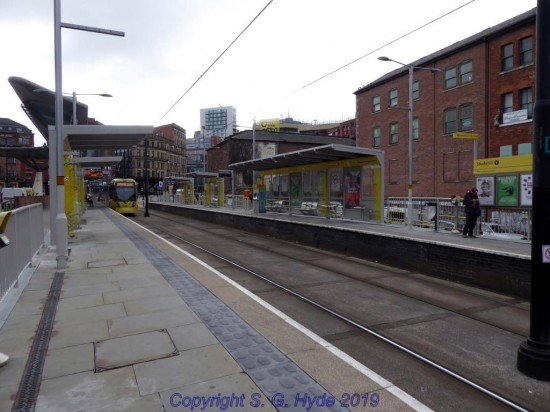 In this shot we see 3040 waiting to depart from the inbound platform for Manchester Airport, the 3 new shelters on the outbound side can be clearly seen. 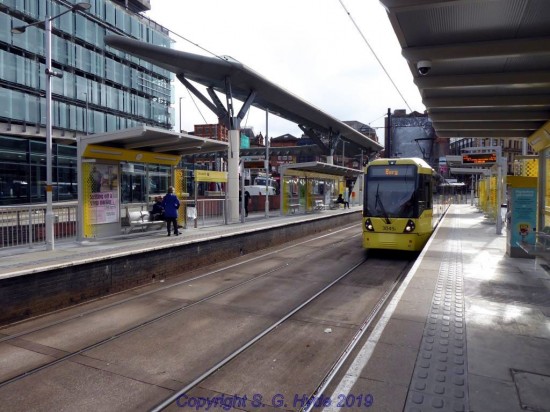 3049 arrives at the head of coupled set heading for Bury. Again the new shelters can be seen along with new lighting and CCTV cameras. (All Photographs by Steve Hyde, 21st October 2019)

One Response to In Pictures: Metrolink stops get a makeover – Shudehill