It was planned that once again in 2020 once a month  at Crich that if you ventured into the Great Exhibition Hall you may have seen some trams actually running. They may not be full scale trams – those in the Exhibition Hall are, of course, non operational, but they are high quality models showing the skills involved in creating products such as this. There are a couple of different model collections which can be seen and in this short pictorial we take a look at the Robert Whetstone Models being demonstrated during the weekend of Crich 60 (21st/22nd September 2019). 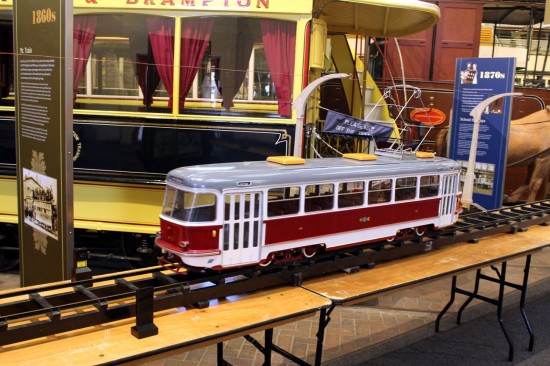 In this first view we see a model of a Tatra tram on one of the two lines in demonstration. 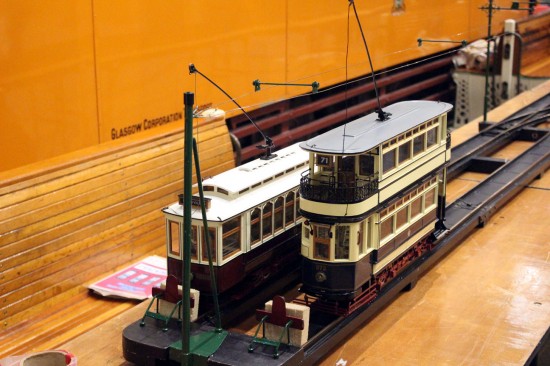 The second demonstration line sees two further, UK based trams pausing at one end of the line before they next make the trip to the other end. On the left is a single deck Llandudno & Colwyn Bay Electric Railway tramcar with a Birmingham tram the other side. (Both Photographs by Gareth Prior)