Posted on Tuesday 22 October 2019 by Gareth Prior

Today’s delve into the archives finds us in the autumn of 1974 with a view of the very first OMO Car.

Although the lowest numbered of the class OMO 1 had been beaten into service by no. 2 a week previously with it being one of three to enter service in the week of 15th October 1972. Before conversion into an OMO the tram was English Electric Railcoach 616 and had been withdrawn in this condition in August 1970. 1 would remain in service until June 1989 when it was the ninth of the OMOs to be taken out of use and would remain stored at Rigby Road until November 1993 when it was finally scrapped.

This view shows the tram at Fleetwood Ferry some two years after introduction into service carrying the attractive plum and custard livery. 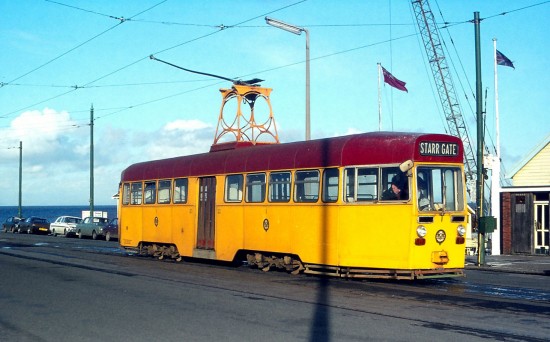