The end is nigh! The end of the magenta livery on West Midlands Metro that is! There are now only two trams in the full magenta, silver and white livery with a further two Urbos3s having now been spotted in the all over blue livery – 26 (which has run in service) and 22 (which has yet to run in the blue).

Both of these latest trams to receive the livery are not yet fitted with batteries and unlike the previous few new blue trams they have not received adverts for OLA with just the plain blue house style applied. 26 ran for the first time in service featuring the blue vinyls on Tuesday 17th September whilst on the same day 22 was spied within the depot yard also carrying the new style although has yet to operate with this look.

As for the two trams retaining the magenta colours? Well, they are 25 and 33. Of these 33 is receiving batteries in the depot and will presumably then get the blue vinyls before returning to service. Meanwhile, it looks like 25 is almost certainly going to be the last tram to run in magenta as it remains in service (running on 17th September) still sporting this look but surely it won’t be too long before this too succumbs to the new livery.

Once these final two trams are treated it will be interesting to see if those hybrid liveries also go fully blue or if they wait until the end of their advertising contracts. 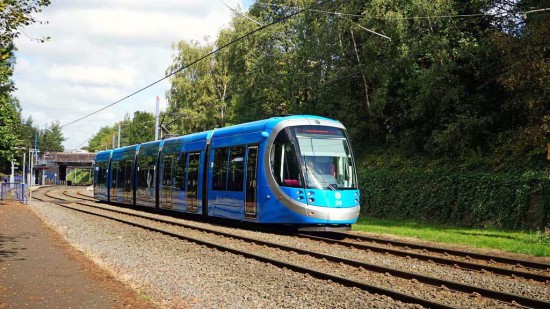 First day in blue for 26 was 17th September. Looking all bright and shiny the tram is captured in this image. 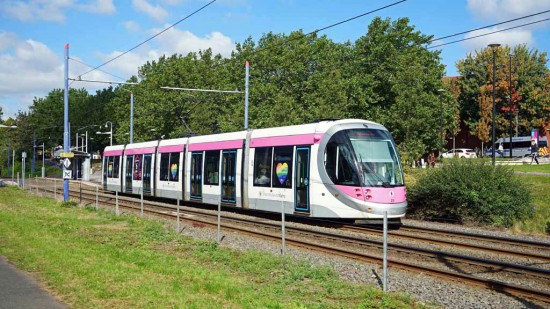 How many more images will we see of the magenta livery in passenger service? 25, West Bromwich Central on 17th September. (Both Photographs by Andy Walters, 17th September 2019)