In Pictures: Blackpool Boats in action during Muni Heritage Weekend

They may be 5,151 miles away from home but the San Francisco Blackpool Boats were both in action over the Muni Heritage Weekend on Saturday 7th and Sunday 8th September with the more long-standing resident 228 in service on both days whilst newer arrival 233 only put in an appearance on the Saturday. It doesn’t matter where you are in the world but it would appear that Blackpool Boat Cars are popular anywhere with both cars proving popular in a well organised event which saw many historic streetcars and trolleys from around the world in action during the two days. Stephen Cobb visited and the below photos show the Boats (and newly found friends!) in action. 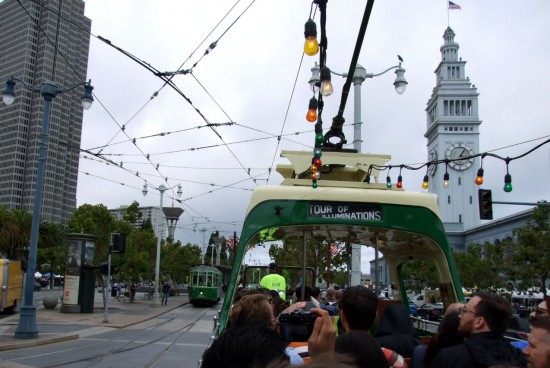 Apparently operating a Tour of Illuminations here we see 233 at the Ferry terminal on 7th September. It meets a Peter Witt car from Milan in this view. 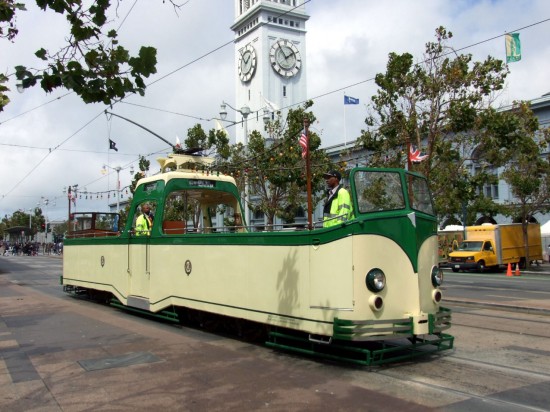 Featuring a much cut-down trolley tower and still retaining its twin windscreens the crew of 233 await passengers at the Ferry Terminal. Its specially made destination blinds show it going to “Nowhere in Particular”.

228 was not originally scheduled to run on 7th September but was pressed into service as a replacement for Muni 1 which was failed due to brake problems. With its temporary single windscreen a full load of passengers are on board the tram near to the San Francisco Railway Museum stop. 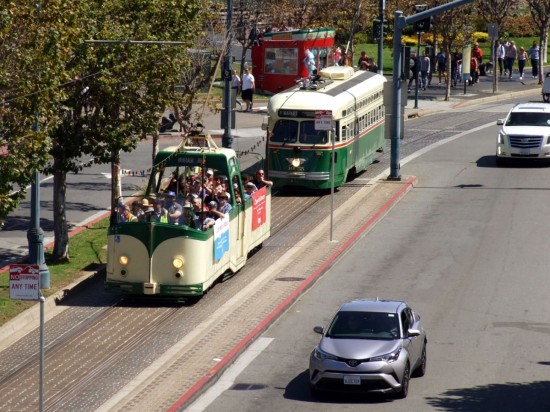 On 8th September and we see 228 (the sole Boat in service on this second day) with another full load of passengers enjoying the sunshine. The tram is at Pier 39 and is being pursued by a Philadelphia PCC car. 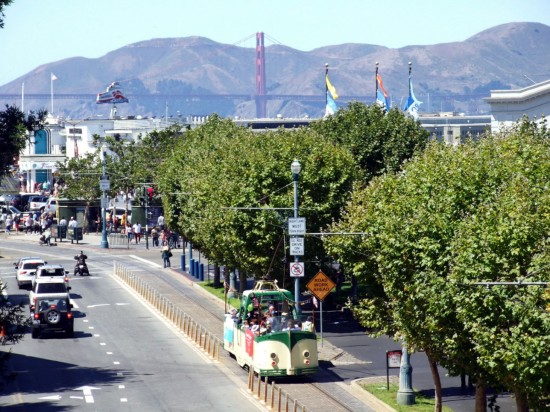 The iconic Golden Gate bridge is in the background as 228 runs along the line. 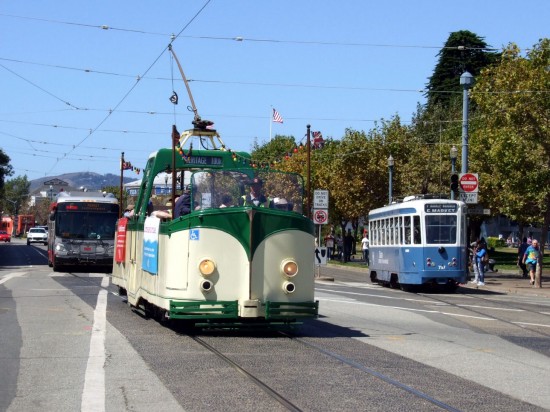 228 is followed by a tram replacement bus (!) as it meets a Brussels PCC car which is painted in Zurich livery. 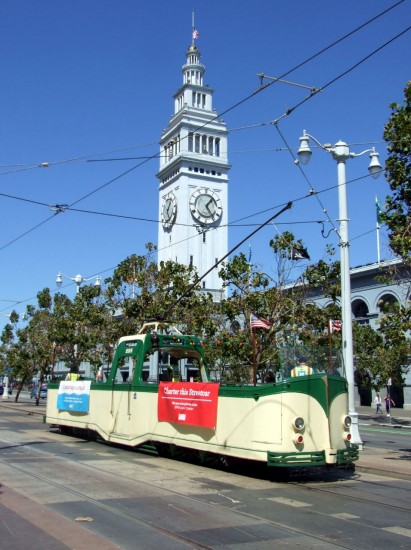 Not taken during the Muni Heritage Weekend but a few days later on 11th September when 228 was on one of its regular summer Wednesday workings. This view is at the Ferry terminal. (All Photographs by Stephen Cobb)

This entry was posted in Around the World in Trams, Blackpool Tramway. Bookmark the permalink.