In Pictures: New advert for Metrolink 3073

Posted on Thursday 12 September 2019 by Gareth Prior

We reported at the start of the week on two adverts now removed from trams in Manchester and now we can bring you news of a new advert with 3073 having recently received vinyls advertising Clarks shoes. This advert is very dark in colour and does once again see the extensive use of contravision on the windows.

Also not previously seen and reported on these pages once again in time for the Manchester Pride event at the end of August a number of M5000s became “rainbow trams” with the tram spots changed to rainbow colour whilst the front of the tram also received rainbow stripes. 3118 was one of those to be so adorned. 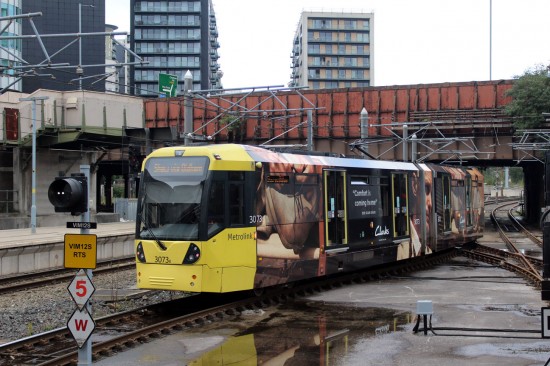 The Clarks shoes advert on 3073 is seen here. The tram is just leaving Victoria with a service to Shaw & Crompton. 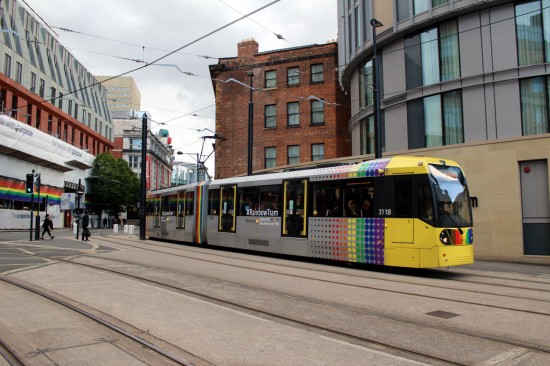 3118 shows off its Rainbow Tram condition as it approaches Victoria off 2CC. (Both Photographs by Gareth Prior, 11th September 2019)