In Pictures: Works continues in Wolverhampton

Posted on Wednesday 11 September 2019 by Gareth Prior

It may be 2020 before we see any trams running into Wolverhampton City Centre but it is hoped that the bulk of the work – save for that at the railway station, which awaits the conclusion of the redevelopment there before it can start – will be completed within the next few weeks. Many businesses along Piper’s Row and other areas affected have been vocal in the local press about the disruption the work has caused with the Midland Metro Alliance saying most work is done and it shouldn’t be too long before the barriers are removed and some normality can return.

Work is currently taking place on finishing off the pavements and pedestrian crossings although the one intermediate stop at the bus station is not currently seeming to be a priority. Meanwhile at the railway station end one of the new tracks has been covered by hoardings to allow the redevelopment to take place. 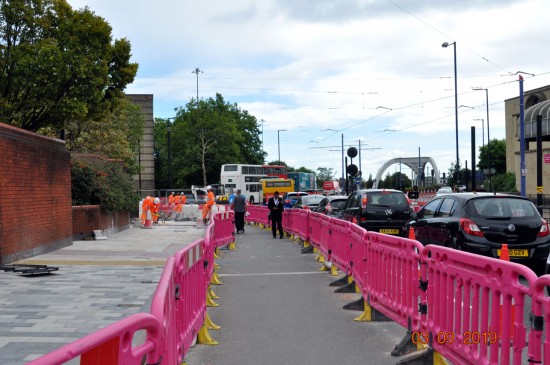 With the current line on the right of this shot we are looking towards the junction with Piper’s Row where the workmen are in action finishing off the pavements. 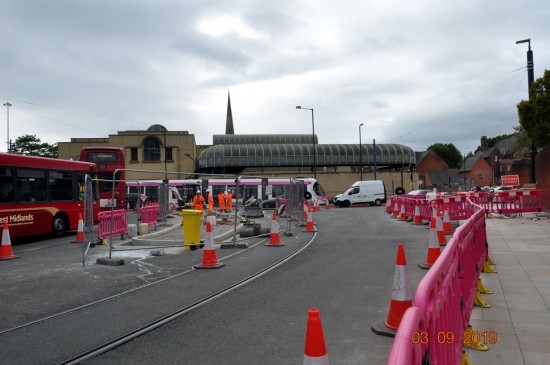 As a tram passes on the line to St George’s we look along Piper’s Row with more “finishing” works in evidence. 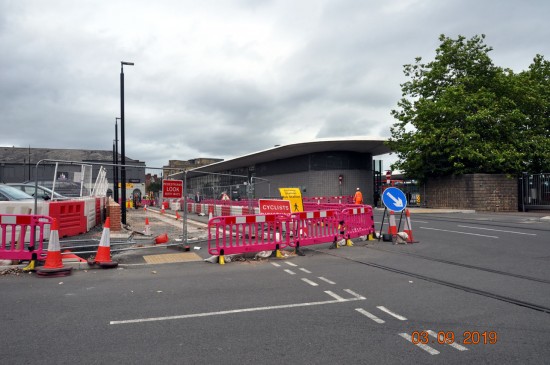 This is the bus station area where there is more work underway. (All Photographs by Ken Jones, 3rd September 2019)