In Pictures: 30 back in service complete with batteries

Posted on Thursday 5 September 2019 by Gareth Prior

It seems to have been ready for a while but Tuesday 3rd September finally saw the return to service of West Midlands Metro Urbos3 30 with batteries fitted. In entering service 30 has become the very first battery fitted tram to only run in the blue livery as it received the vinyls before entering service whereas all others so far have run for at least a day in the old livery.

30 becomes the 13th (unlucky?) battery fitted tram to run on the system (although of these 31 is likely to be out of action for a while after its accident damage received in the collision on Bilston Road last month, this tram has now been stabled in the depot yard in the area vacated by T69 16 with its accident damage sheeted over).

It is thought that the next battery fitted tram is 33 with the tram having been spied at the depot undergoing this work and that another one will follow it through the workshops soon. With the extension to Centenary Square due to open by the end of the year a few more will need to be completed by then to enable a full service to be run on this section which has, of course, been built sans overhead wires. 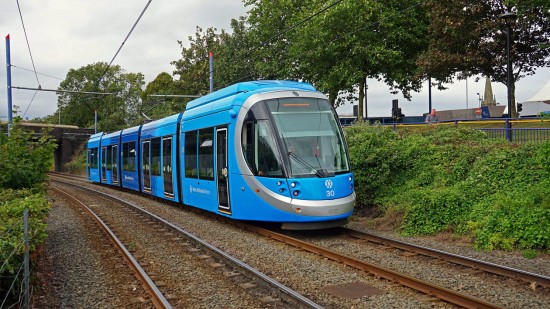 30 is seen here approaching West Bromwich Central on its first day in passenger service with batteries fitted. The tram has become the 13th battery fitted tram to run. 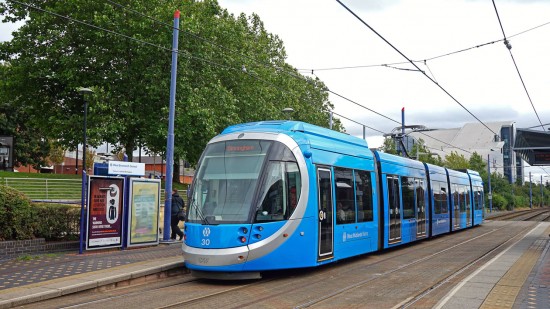 Another look at 30 this time as it stands at West Bromwich Central. (Both Photographs by Andy Walters, 3rd September 2019)