In Pictures: Always a tram in sight – Edinburgh style!

They always used to say that if you went to Blackpool there was always a tram in sight and recently that seems to have been the case in Edinburgh with an intensive tram service being operated for a number of events taking place in the city. On top of the Edinburgh Festivals – which, of course, included all night services on Fridays and Saturdays – Saturday 24th August also saw a Rugby international take place at Murrayfield which, with its adjacent tram stop, often brings extra passengers to the network. To cater for the crowds on this busy day extra trams were laid on which gave the unusual sight of trams waiting outside tram stops from the previous one to depart and short-running to get the trams into the right place for where the crowds either were or wanted to be. Roy Calderwood captured the following photos of this day. 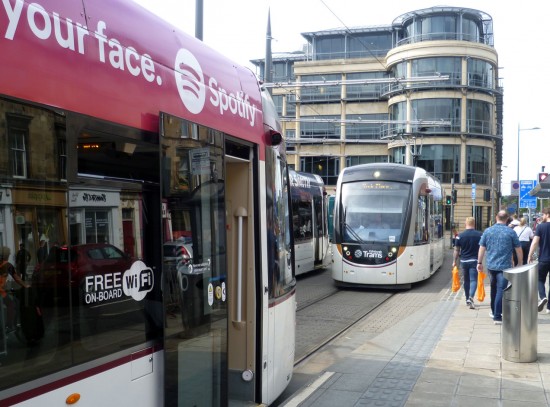 Trams everywhere at Haymarket! As 267 waits in the citybound platform for passengers to board and alight the next tram is already waiting to take its place. That tram is 268 and we also see a third tram just heading out of the city towards Murrayfield and then the Airport. 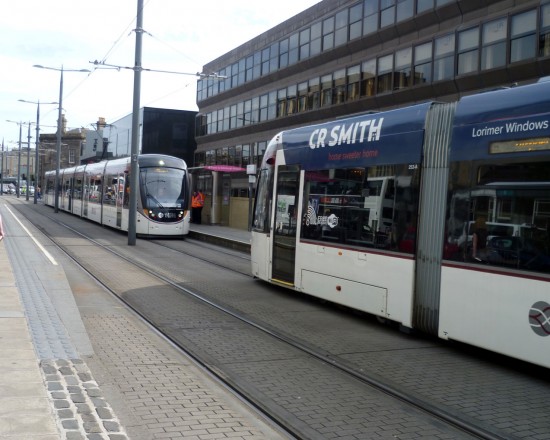 Another photo captured at Haymarket where we see 253 just departing and its place already being taken by 264. On the platform two Edinburgh Trams staff are on hand to direct passengers as needs be. 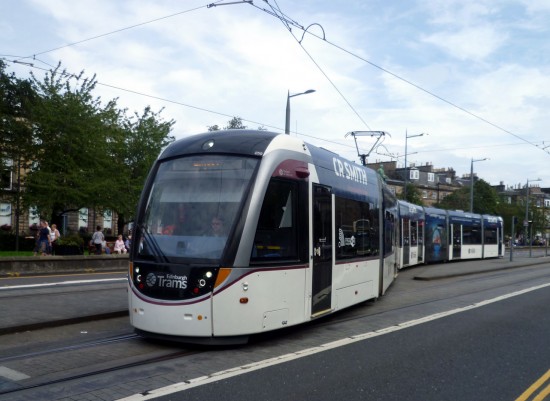 Not all trams were running all the way into the city and onto York Place either with 259 seen here using the crossover at West End as it prepares to head back towards the Airport. (Photographs x3 by Roy Calderwood) 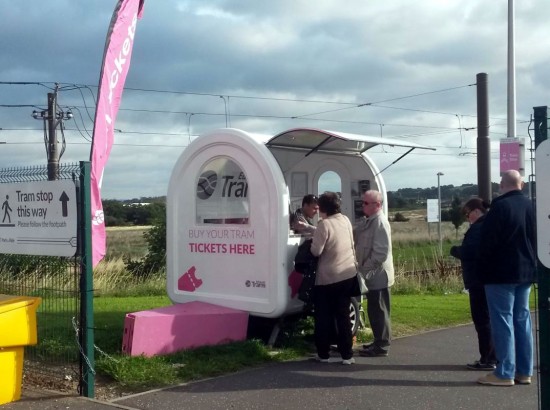 Whilst we are talking about a busy service, Edinburgh Trams are also in the possession of this portable ticket office from which tickets are sold at busy events rather than passengers having to queue up at the ticket machines before boarding. We see the ticket office here at Ingliston Park and Ride. (Photograph by John Hampton)